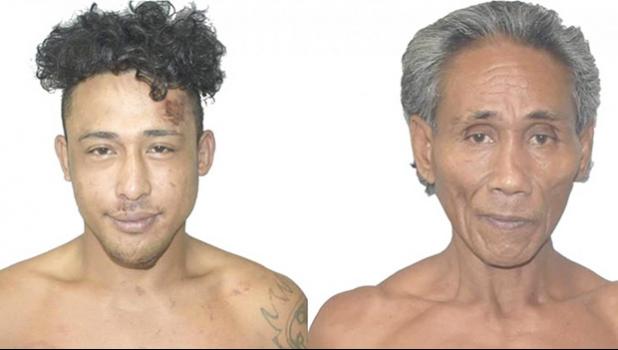 Apia, SAMOA — On going police attempts without success, to catch escaped prisoners Pati Chong Nee and Suitupe Faamoe Paufai, is pointing increasingly towards the public helping to hide them.

Several frustrated Police sources contacted by Newsline Samoa felt that there are people who know where the prisoners are hiding but are not telling.

Threats of breaking the law by aiding and abetting the runaway criminals continue to be circulated to warn off public support.

Tips from the public are still reaching through for the police to follow up but in some cases the people reported have similar features to the prisoners.

Police are making every effort to follow up any leads that sometimes take them hours of travel to get to the suspected location of public sighting.

The police are adamant the prisoners are alive and well and still in Samoa.  Suggestions they may have snuck out of the country are strongly rejected.

All points of exit are reportedly being monitored very closely with other border officials working with the police.

A special police squad of more than 10 officers is assigned to hunt down the elusive criminals.

Prisoner Chong Nee has been on the run since mid-January. The last time he was seen in public was the attack on a Chinese shop at Vaiusu with escaped partner Aniseko Vaelei who was recaptured shortly after.

Chong Nee is serving prison time for burglary, robbery and armed with a dangerous weapon.

Suitupe Faamoe Paufai, went on the run last May while on a working group at the new Tanumalala Prison in preparations for the taking in the inmates from Tafaigata Prison.

The 59 year old from Vailu'utai, Faleatiu and Fagamalo, Savai’i is serving time for murder and drug convictions.