Samoa Customs snags haul of cocaine in the mail 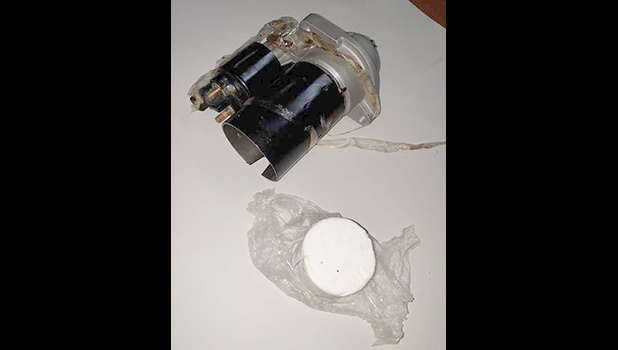 Apia, SAMOA — The Samoa Police Service (SPS) has confirmed that 200 grams of cocaine was found hidden in a car part that was sent as a mail package from Mexico, after multiple news agencies in Samoa broke the story overnight.

In a press release SPS says it was notified by the Ministry of Customs and Revenue of a suspected package discovered during a routine check of mail deliveries.

The police say a digital test device was used to confirm the white powder as cocaine.

“The product and package originated from Mexico and is estimated to weigh more than 200 grams with an estimated street value of $250,000 tala,” it said.

The drugs looked to have been hidden inside a car part and the SPS release does not mention how the mail package was delivered into Samoa.

Samoa Global News reports that it was tipped that the package was brought in via DHL as a motor vehicle starter several months ago and the package was never claimed by the consignee.

According to the SPS press release, no charges have yet been filed in connection with the drugs and police did not comment who the consignee person or company is.

“Samoa Police in collaboration with Customs are now investigating this matter fully before filing any criminal charges,” according to the release.

“As we face the threat of COVID-19, as law enforcers we understand that crime never stops. Often in situations like the threat of the coronavirus, criminals will use the opportunity to continue with their criminal activities.”

“The public is advised to be vigilant and report any suspicious activities to the Samoa Police.