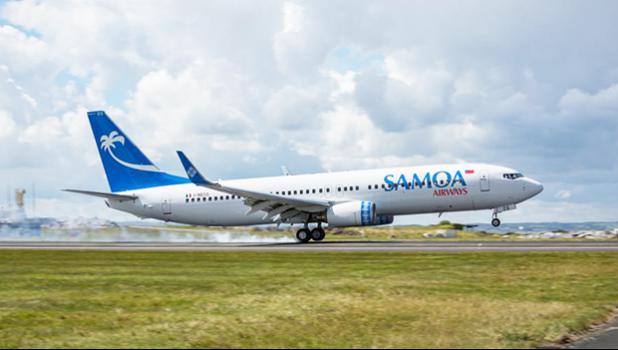 The replacement, likely to happen in 2019 when the current lease contract expires, would lower the Samoan flag carrier's cost base.

"Training cabin crew and pilots is not easy and not cheap so we went with the wet lease to start the operations and slowly we’re moving into the dry lease. At this time, we are on a damp lease where the cabin crew is all Samoan but the technical crew is still foreigners," Tuala has explained.

Samoa Airways will most likely employ foreign pilots due to a limited number of trained professionals in the country but will seek to hire local staff for all other positions, including technicians and cabin crew members.

The airline, which launched in November 2017, currently deploys its sole narrowbody out of Apia Faleolo to each of Auckland Int'l and Sydney Kingsford Smith. It also operates a fleet of three DHC-6-300s on regional services to and within American Samoa, taken over from Polynesian Airlines.