Players who support Folau 'have no place in Australian rugby' 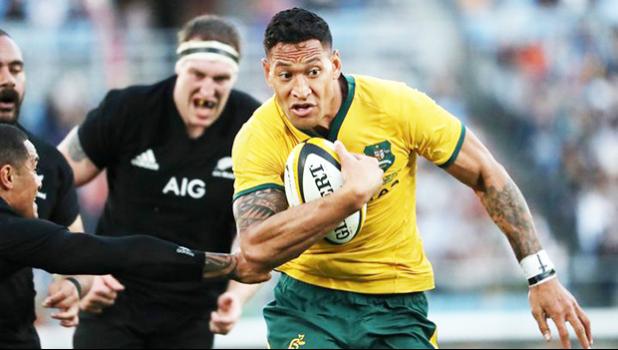 Canberra, AUSTRALIA — A former Australian rugby international says anyone who believes Israel Folau has a right to publicly express his views on sexuality has no place in the sport.

The Wallabies fullback Folau has been found guilty by Rugby Australia of committing a high-level breach of their code of conduct.

The decision comes after a three-day hearing on whether his social media post that said hell awaited "drunks, homosexuals, adulterers" and others, was a breach of its rules.

A panel is now considering sanctions.

There has been talk of bigger ripple effect with other Pacific Island players who may share similar views to Israel Folau.

But the former Wallaby and now journalist Peter FitzSimons said if other players are offended by the sanctions handed down to Folau and support his views their time in the sport may also be up.

"The answer to those Pacific Islanders is two-fold. Number One: We love you blokes. You're terrific, you're wonderful people and you are great rugby players," he told Morning Report.

"Number Two: If you're deeply offended and you're on Israel's side on this and you feel so strongly you're going to leave we'll miss you but Rugby Australia and the Australian rugby community are not going to have people wearing the Wallaby jersey that put up public posts that say that gays are going to burn in hell.

"The gays have had centuries of vilification - we're not doing that anymore and as a rugby code we are not going to align ourselves with people that put that out in the public domain...so if you're offended and if you want to leave we're really sorry that it's come to this but we will miss you."

Peter FitzSimons said a decision surrounding a breach of Israel Folau's contract could be simply round one of a protracted legal dispute.