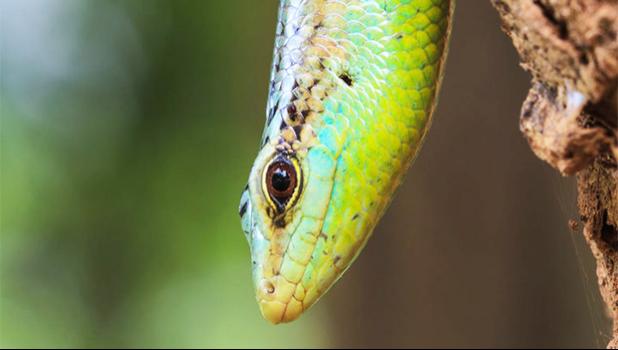 REPORT OWNS UP TO EXISTENCE OF SAMOA’S SEX WORKERS

The Ministry of Health has made it a priority to educate and counsel “commercial sex workers” despite the government downplaying their existence.

The decision is revealed in a 98-page National HIV, AIDS, and STI Policy 2017-2022 report obtained by the Samoa Observer.

Earlier this year, the Samoa Observer revealed that the number of female sex workers in Samoa was estimated at around 400. It was also revealed that most women are doing sex work for economic reasons. The age during which some of them begin sex work ranges from 13 to 21 years old.

The information was from the Pacific Multi-country Mapping and Behavioral Study 2016.

The same report was rubbished by Prime Minister Tuilaepa Sa’ilele Malielegaoi who laughed at claims that poverty and hardship are to blame for the growing number of sex workers in Samoa.

Back to the M.O.H. Policy report, on commercial sex workers, it says that outreach is vital in this matter.

“Outreach to this population is critical as their chances of exposure to HIV and STIs is high due to the fact that a lot of their clientele come from international seafaring populations, sex work is illegal, and most are homeless lacking the income to access condoms and education.

“Additionally, their social needs should be addressed by IEC, counseling, and behavior change services in order to address the social determinants of their sexual health risks. Due to the fact that sex work is illegal, all service providers must ensure confidentiality and make sure their use prevention services does not expose them to legal risk.

“The Pacific Multi-country Mapping and Behavioral Study 2016 found that there are an estimated 400 female sex workers in Samoa.

“Most women are doing sex work for economic reasons. Payment varies considerably from 50 to 200 tala.

“These women have a wide range of clients, including local and foreign men. 58.3% had children and the majority had no other employment.

“The age at which women began sex work ranged from 13 to 21 years old.

“The mean number of partners in the last 12 months was 10, of whom nine were clients (most likely many regular clients).”

The People’s Republic of  China is helping Samoa host the Pacific Forum Leaders meeting in Apia which will coincide with Teuila week in September.

China is donating 20 brand new cars to assist government to host the 48th annual Pacific Leaders. The vehicles have arrived with an official handing this week.

In the meantime, Cabinet has also approved a budget of $1.1 million tala to host the Forum Leaders Meeting which starts  from September 4th to the 8th.

The annual forum will be attended by Pacific leaders and high level government officials from 19 Pacific Forum countries not including Forum Observers and Forum Dialogue Partners.

It is anticipated that 350 to 450 delegates including the regional and international media as well as non-government organizations will also be attending.

GET TESTED, FA’AFAFINE LEAD BY EXAMPLE

The Samoa Fa’afāfine Association (S.F.A.) opened the opportunity for members of the public to be tested for H.I.V. and other sex-related diseases at the Samoa Tourism Fale yesterday.

This happened during an integrated outreach and testing program for S.T.I. and H.I.V./Aids with S.F.A’s health partners. The free clinic called on all fa’afafines and fa’afatamaloas to be tested.

S.F.A. has already conducted four of these outreach and testing programmes in rural Upolu and Savai’i.

President of the S.F.A, So’oalo Roger Stanley, said the event was part of their weeklong program leading up to the Miss Fa’afāfine next Friday.

“The theme is ‘Illuminate that Deity in you’ and deity is to bring out that goodness in them and that goddess can do anything,” said So’oalo.

“This is not just a beauty pageant to see who will take the crown but the whole concept is to promote and do awareness for everyone in terms of domestic violence, non-communicable disease and human rights.”

He continued, “The event today we want to let everyone know that it is always good to be informed about the status of our health so that we would know where to stand and what needs to be done.

“We decided to start with us and as the leader of this association I went first because I wanted the fa’afafines to know that there is nothing to be worried about this is just the norm and it is very important to do this so that we would know where our health status is at.

“So not only the pageant is for our charity work but also is a great platform to promote these important aspects that we feel is pertaining to us fa’afafine.

Speaking of the program for the event So’oalo said the girls have a busy week ahead of them.

“But just like every other year we will start our week with a mass ceremony [Sunday] at the Cathedral at 4pm,” he said.

Light refreshments will be served after and then we start our busy schedule on Monday with our visit to the Prison and Correction Services as one of our charity work.

THE SCIENCE OF... VITAMIN C

What is vitamin C and why do we need it? Which foods have the most vitamin C? Should we pop pills when we think we’re getting a cold, or are we just producing expensive urine? And can vitamin C really cure cancer, or is it all hype? Alison Ballance and Simon Morton are on the case.

Vitamin C – What You Need To Know

Supplement versus food? There is no difference in the quality of vitamin C you get from a pill or food.

The scientists we spoke to say there is no need to pop a pill if you eat a healthy diet, including at least 5 servings of fruit and vegetables a day.

But they advise taking a supplement if you’re getting a cold, as it may shorten the duration of the cold and will stop it developing into pneumonia. Our bodies get rid of vitamin C very quickly, so maybe take small doses of vitamin C often.

“There are specific vitamin C transporters that line our entire intestine,” says Professor Margreet Vissers, from the Free Radical Research Centre at the University of Otago, Christchurch.

She explained that basically, our body is very good at holding on to vitamin C, but once we have enough then we just pee it out. It is an important antioxidant, which helps counteract the effects of damaging free radicals.

In the 1960s researchers discovered that vitamin C plays a key role in the collagen enzyme; collagen is a key component of our skin.

Since then it has been found to be an important co-factor in 70-80 other key enzyme processes.

“These enzymes all have different functions,” says Margreet, “and they cover a whole raft of biological activities, from the growth of blood vessels through to the regulation of our genetic code. Vitamin C is at the hub of almost every biological function that we know.”

RARE SKINK THOUGHT TO BE EXTINCT FOUND IN NIUE

A rare skink thought to be extinct in Niue has been found again, alive and well on the island.

Called the Olive Tree skink, the reptile is endemic to Niue and American Samoa.

The five-year Ridge to Reef project, set up to help the Ministry of Natural Resources, aims to ensure the survival of endangered species.

Its spokesperson Thomas Talagi said finding the skink was exciting as it was believed predators like rats had wiped the species out.

"Actually it was a tourist who alerted us to it. She saw it there and then she took a photo and sent it to us which the ministry, with the help of our reptile expert from the US and NZ, he identified it as the one we were looking for."

Thomas Talagi said the three skinks that were trapped were thought to have found shelter in coastal terrain that is difficult for predators to access.

Ridge to Reef is funded by the UNDP and Global Environment Facility and the Niue skink was identified with help from USA experts (the US Geological Survey and Villanova University).