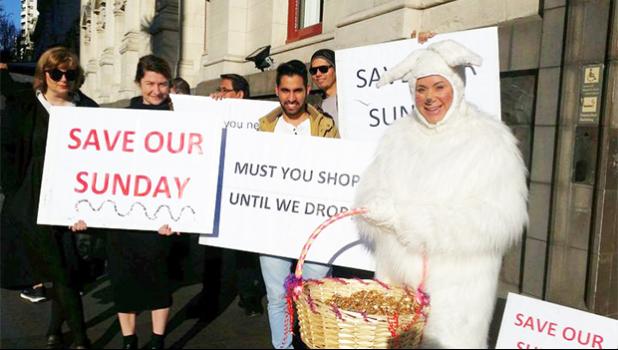 Samoa's Minister of Agriculture and Fisheries Laaulialemalietoa Leuatea Polataivao Fosi has tendered his resignation to Cabinet to await the outcome of a charge of deception, which he is facing.

At a press conference yesterday afternoon (Samoa Time), Laauli maintained his innocence saying that his resignation does not mean that he is guilty of the charge.

“I am innocent and the truth will prevail,” he said during the press conference in which he announced his resignation.

He further thanked “Prime Minister Tuilaepa Lupesoliai Sailele Malielegaoi for the opportunity afforded to me to serve our country as a Cabinet Minister,” and also thanked his “electoral constituency as well as the various Ministries” under his watch during his tenure for their support.

On Tuesday, this week, La’auli was charged with allegedly obtaining money by deception. His wife and a business partner were also charged.

The charges are in relation to an ongoing court case over a nonu company involving another senior member of the ruling Human Rights Protection Party and Associate Minister of Cabinet and Prime Minister, Peseta Vaifou Tevaga.

Acting Assistant Police Commissioner, Sala’a Moananu Sala’a, said they are scheduled to appear in the Supreme Court on September 18, 2017.

A $600,000 Coin Save store was officially opened at what used to be the Vaitele produce market yesterday.

The Coin Save has transformed the looks of the $5.7million market complex built by the Samoa Land Corporation. “It is a market that was especially built for all the farmers living on the west of Apia, but what happened was all of our farmers continued to go to the market at Fugalei,” Tuilaepa said. “They never believed that people could come to where the market offers the best quality goods at the best and affordable prices.”

The Prime Minister said the area needed a genuine and a strong businessman to develop it. And in Tuituioaiga, the government has found their man.

“Now Tuituioaiga is coming to open his shop here to prove a point that it is the businessman’s ability to produce goods of the highest quality and affordable prices that will create the market for his own products,” he said.

Tuilaepa said Tuituioaiga’s venture could only be good for Samoa.

“I congratulate you for believing in developing this place and creating 30 more employment opportunities for our people.

“He has told me that he employs a total of 130 Samoans and this is a great opportunity for the development of our economy,” the PM said.

Tuituioaiga said, “So let us work together to help turn this area into a new shopping center or business circle for all the Samoan people to come and shop in.

“We all know that members of the Samoan community in New Zealand go to Otahuhu and Otara to shop there so now I have turned practice into history.”

He also congratulated his staff members for all their hard work.

The Minister of Commerce, Industry and Labor, Lautafi Fio Purcell, said that having Coin Save in Vaitele means that the government will not only benefit but members of the public will benefit also.

“There was minimal revenue collected from the Vaitele market however, since the new tenant the government has collected $27,000 on a monthly basis,” he said. “Tuituioaiga started paying his lease in May before the renovations due to the fact he wants the public to know that he means business.

The Samoa Observer previously ran a story titled, “What About Us?” reporting on the fear of many of the small business owners — from elei makers to corner shop operators  — that they would soon be squeezed out completely, “as the growth of foreign-owned businesses continues at an alarming rate.”

In particular, the article pointed at the development of Coin Save, with one of the business owners in the Vaitele area saying they stood no chance with these big businesses. “There’s no way we can compete with the Chinese nowadays, and we all know that, many of our people are now on the road selling BBQ to earn a living.”

APPETITE GROWS IN SAMOA FOR RESTRICTIONS ON FOREIGN OWNED BUSINESSES

A prominent academic in Samoa has joined the call for restrictions on foreign-owned businesses in local villages.

The director of Samoa Studies, Leasiolagi, said it's about what's best for village communities.

"We can't invest in huge companies like construction or whatever. We can only invest in small shops and stuff like that so let us claim that as part of our own area of operation and leave the rest to people who can afford better," he said.

Leasiolagi said village council bylaws may give the impression they're unfairly aimed at Chinese people because they're the most visual and prominent foreign group to set up businesses in recent times.

Auckland Council voted against allowing more shops to open on Easter Sunday at a meeting picketed by retail workers and church groups.

Only one councilor opposed the move, saying shops in the city center should be allowed to open for visitors to the city. The debate comes after the government handed the decision to allow Easter Sunday trading over to local authorities last year.

Mayor Phil Goff said he wanted to retain the status quo because it was important for families, and if trading on Easter Sunday was allowed, Good Friday and Anzac Day could be next.

Mr. Goff, a former Labor Party leader, said the issue came up 11 times while he was in Parliament and could never be resolved.

The government's handing it over to local authorities to decide can only be described as a "hospital pass", he said

However, councilor Desley Simpson said the status quo was archaic and unfair and the council should support business and visitors to the city.

She said there is a need to promote business and support the council's visitor strategy.

The council retains the option to allow Easter trading in the future.

An economic analysis by Auckland Council showed the impact of allowing shops to open would be minimal to the region's economy.

First Union retail secretary Maxine Gay said retail workers get only three and half days off a year and pressure to work on Easter Sunday cut into family time.

Before the vote, he said he would present a 2000-strong signature petition to the council, calling for the status quo to be kept.

Earlier this year, retailers in Rotorua and Wanaka were given the option to open on Easter Sunday for the first time, although Nelson City and the Tasman District have decided to keep Easter Sunday shopping-free.