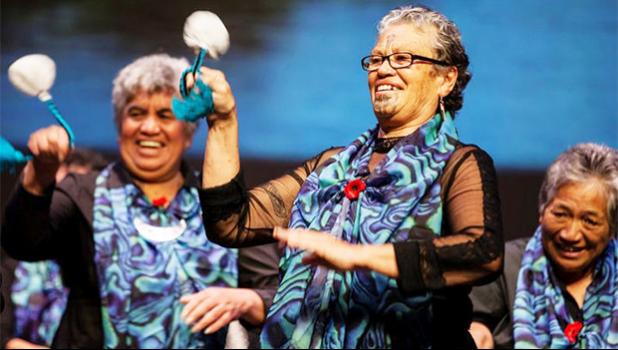 Washington, D.C. — Tuesday, August 1, 2017 — Congresswoman Aumua Amata is pleased to announce that the Department of Interior’s Office of Insular Affairs has awarded a grant in the amount of $2000 to the American Samoa Government.

“I am pleased that the DOI has recognized the need for this funding that is crucial to helping absorb the costs of migrants from the Freely Associated States," said Amata.

Specifically this grant will be used to cover health, educational, social or public safety services, and infrastructure costs associated with Freely Associated States migrants who come to American Samoa.

“I want to thank OIA Acting Assistant Secretary Nikolao Pula and his team for recognizing the need for this funding, as well as the ASG officials who helped secure these important funds for our home,” concluded Amata.

Both discretionary and mandatory Compact impact grant funding are allocated according to a ratio based on an enumeration of migrants from the Federated States of Micronesia, the Republic of the Marshall Islands, and the Republic of Palau residing in those jurisdictions. According to the 2013 Compact impact enumeration conducted by the U.S. Bureau of Census, there are 17,170 FAS migrants in Hawaii, 14,700 in Guam, 2,660 in the CNMI, and 25 in American Samoa. As required by law, the enumeration is to be conducted every five years and should be conducted again in 2018.

Members of the Pacific Power Association (PPA) congregate for its 26th Annual Conference and Trade Exhibition in Apia, Samoa, from July 31 to August 4, 2017. The conference is hosted by the Electric Power Corporation (EPC) of Samoa; the second time EPC will be hosting, having hosted the 5th Annual Conference in 1996.

The conference officially opened on Tuesday Aug. 1st, at the Sheraton Samoa Aggie Grey’s Hotel in Apia, by the Prime Minister of Samoa, the Honourable Tuilaepa Dr. Sailele Malielegaoi, with the keynote address to be delivered by Meg Taylor (DBE), the Secretary General of the Pacific Islands Forum Secretariat.

Discussions at the conference will center on the theme; “Affordable Electricity for All”, which is very relevant to the UN’s Sustainable Development Goal (SDG) #7 – Sustainable and Affordable Energy for All.

Pacific Island countries have the dubious distinction of having among the highest electricity costs in the world. And as such electricity is beyond the reach of many ordinary citizens.

The challenge is for the Utilities in conjunction with all stakeholders to adopt initiatives which will drive the price of electricity down and make it more affordable to customers. This will drive economic growth in the nations and also improve the livelihoods of its citizens.

Discussions will explore achieving affordable electricity through regulatory reforms, technology and innovative financing of energy resources and the utility business.

The conference in Samoa is made possible by the assistance of our Diamond Sponsors, Electropar and Pacific Energy SWP Limited.

For further information regarding the Conference, contact Afamasaga Victor Afamasaga, Chairman of EPC Organizing Committee on 65581.

A new study has found positive health benefits for people over 60 years old who use poi.

Using the hand-held ball attached to string has been found to improve strength and memory.

Puti Mackey, 80, has used the poi in kapa haka performances since 1958.

Ms Mackey has arthritis and is waiting for a hip replacement, but that has not stopped her from performing.

She said the combination of using poi and swinging it to the rhythm of waiata kept her, and her friends, healthy.

"It helps keep your wrists going, and it keeps your arms going as well.

"The long poi are good for exercising and it's a good form of keeping dementia and all that stuff away."

Kate Riegle Van West from the University of Auckland fell in love with poi 10 years ago when she was first introduced to it in her home in the US.

She felt the health benefits of using poi and was determined to spread the word.

"I wanted to bring the poi [to] places like hospitals and nursing homes because I just really felt the health benefits in myself.

"Everyone who does poi knows that it feels great but there hasn't been any scientific research. I just thought, alright, lets do it, and I dropped my whole life to move to New Zealand to do this study."

The study tested the benefits of poi with 79 adults over the age of 60, who used it twice a week over a one-month period.

The participants were assigned to either a poi group or a tai chi group, and the results after one month were then compared to their original health status before the trial.

Ms Van West said she was blown away by the results - the poi was just as beneficial as tai chi, showing significant improvements in participants' physical and cognitive ability.

"After one month of lessons I found that both groups improved in their grip strength, which is often used as an indicator of their overall health, in their balance, in their memory, and their attention.

"It's really exciting in terms of thinking about poi as a tool for improving or maintaining quality of life."

That improved quality of life was felt first-hand by Jocelyn Fausett, who was involved in the poi trial.

The last time Ms Fausett used a poi had been when she was a child and made her own with a piece of string and rolled up pieces of newspaper.

Since the trial she has clearly noticed the difference in her strength, she said.

"It was a shock to me to see how physically one sided you become over time, you just do things with your strong side. Learning the international poi enabled us to balance that up quite significantly."

Ms Mackey said the poi was historically used by Māori men for the same purpose.

"Men used the poi to keep them fit and agile in the days of war.

"If you look back in the research, men did the poi for that very reason, to keep fit, and it was only as of late that women came in."

She said there needed to be government funding for kaumātua kapa haka, an activity she believes would greatly improve the health of even more kuia and kaumātua.