New requirements ahead for airline passengers arriving in Hawaii 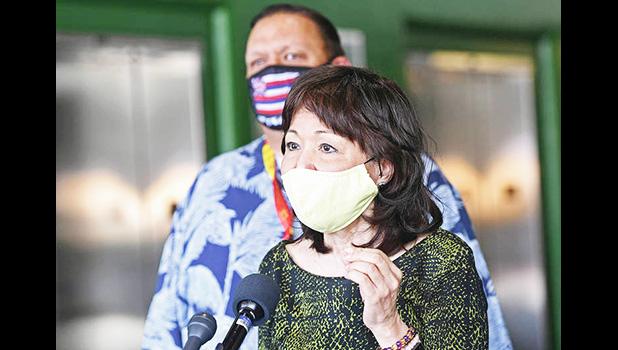 Honolulu, HAWAII — Arriving airline passengers in the age of the new coronavirus will face a new form along with a new TSA-type inspection system that originally cost $35 million just at Daniel K. Inouye International Airport — a price tag that lawmakers rejected as too high.

Hawaii has “already one of the stricter or more enforced quarantine orders in the country,” Sean Williams, vice president of the airline trade organization group — Airlines for America — told members of the Senate Special Committee on COVID-19 committee Thursday. “Hawaii probably has the most enforced and the strictest.”

Two major changes are in the plans for arriving passengers: a new level of scrutiny and a new form designed to give officials information to follow up on — and potentially prosecute — failed promises to adhere to statewide quarantine rules, Ford Fuchigami, administrative services officer at the state Department of Transportation, told the committee.

A new “travel declaration form” was immediately nicknamed the “Donna Kim form” by some members of the special committee because of her persistence on changes. It is being drafted to include new language for all incoming passengers, including interisland essential workers and airline crew members, Fuchigami said.

“This will replace the AG (state Department of Agriculture) declaration form,” he said.