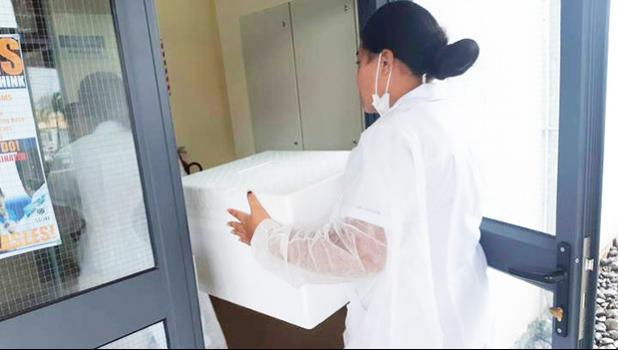 Wellington, NEW ZEALAND — New Zealand has announced a deployment of 18 more vaccination nurses to support the Samoan government's response to the measles epidemic.

Minister of Foreign Affairs Winston Peters said that would bring the total number of New Zealand nurses up to 30 working in Samoa over the next four weeks.

The nurses would support Samoan health personnel in an over-burdened hospital in Upolu.

"We fully support Samoa's efforts to immunise its population, contain the outbreak, and treat patients who are ill.

"The vaccination nurses will support Samoa's immunisation programme, which is targeting the most at risk populations," he said.

The announcement comes after Samoa declared a State of Emergency on Friday to deal with an epidemic, which has taken at least six lives and included more than 700 suspected cases.

Meanwhile, Samoa's National Emergency Operation Centre said on Monday it had assumed responsibility for the measles epidemic and was managing an action plan for fighting the disease's spread.

"Some of the people are asking questions - whether they should be going home or it will be an early Christmas holiday right now - to avoid the spread of the measles."

Immunisation efforts were being hampered by false warnings against vaccines on social media, she said.

The government has announced compulsory mass vaccinations, with all children aged from 6 months to 19 years urged to get their vaccines. Women between the ages of 20 and 35, who aren't pregnant, are also being urged to go.

The Tupua Tamasese Meaole Hospital Immunisation Clinic, Monday to Friday from 8am - 8pm and Saturdays 8am - 1pm.

Samoa Family Health Association, Opposite the hospital - Motootua: Monday to Friday from 8am - 8pm and Saturdays 8am - 1pm.

Wellness and Youth Friendly Service (Old Diabetic Clinic) at Matagialalua, Eleele Fou, from Monday to Friday at 9:00am to 5:00pm.

Mobile Service Unit at the Samoa Red Cross Compound, Tuanaimato from Monday to Friday from 8am - 5pm.

The Malietoa Tanumafili II Hospital at Tuasivi. Monday to Friday from 8am - 8pm and Saturdays 8am - 1pm.