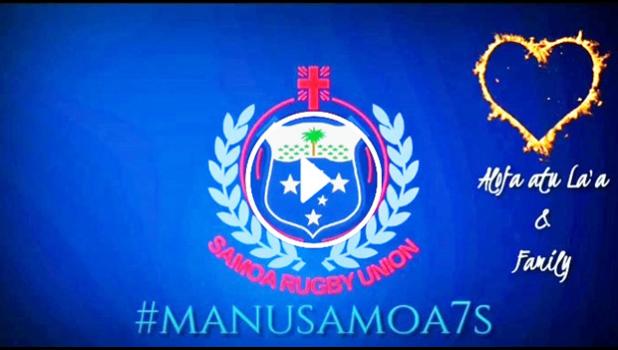 Dubai, UAE — The Manu Samoa Sevens squad have been affected by the measles outbreak with Laaloi Leilua having to return to Samoa to be with his 4 week old baby girl who has contracted the measles virus.

“Laaloi has had to go back and deal with some urgent matters in Samoa.”

The Manu Samoa 7s squad had just arrived in Dubai when Leilua received the sad news that his daughter had been admitted to Isolation 2 at Motootua National Hospital.

Sir Gordon Tietchens said, “the team are feeling for Laaloi at the moment”.

“We wish him and his family very very well,” said the Manu Samoa Sevens Head Coach.

Leilua, who has managed to work himself back into Sir Gordon Tietjen’s squad after being absent for several tournaments said the Samoa Rugby Union, coach and team mates have been very supportive about his having to return to Samoa.

Samoa Global News spoke to Leilua while he was in transit via Auckland. Leilua remained strong in his faith and says he had received positive news of baby’s condition.

“I have had news that there is improvement. Thank you for your prayers”.