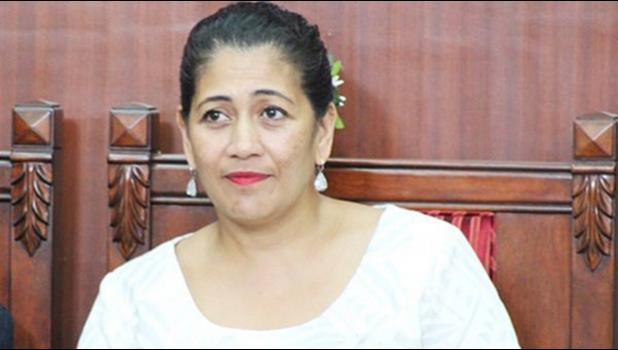 Apia, SAMOA — Eteru Alualu, 29, of Fuailoloo Mulifanua, has been sentenced to two years in prison.

This is in connection to a sex related case inside a home in Mulifanua.

Eteru appeared for sentencing on one charge of assault with intent to commit sexual violation, burglary and wilful trespass.

However because the accused disputed some parts of the summary of facts, a hearing proceeded on 8 March, 2018.

According to the prosecution summary of facts, on the night of 21 October 2017, the victim, who was 15 years old, was sleeping with her younger sister inside their bedroom.

“He locked the door from the inside and removed his pants. He lay on the victim’s back and when she woke up, she began to scream.”

“The accused blocked her mouth with his hands and tried to pull off her top. The victim’s younger sister woke up and went to wake their father. The accused ran off leaving his pants,” stated Justice Tafaoimalo during sentencing.

She points to the pre-sentence report which says the accused is 29 years old, married and was employed in construction until he was remanded into custody as a result of this matter.

“The village mayor told probation that the accused attends to duties and activities expected of untitled men in the village.”

“The accused says about the offending that he was drinking vodka on the seawall behind the victim’s home when he saw a mobile phone next to the window.”

“He went inside the room in which the victim and her younger sister were sleeping. He turned on the mobile phone and the victim woke up. She screamed and he blocked her mouth with his hand.”

“He says it was to silence the victim from waking up other people in the house. He has expressed remorse to probation. There has been no apology by the accused to the victim’s family,” said Justice Tafaoimalo.