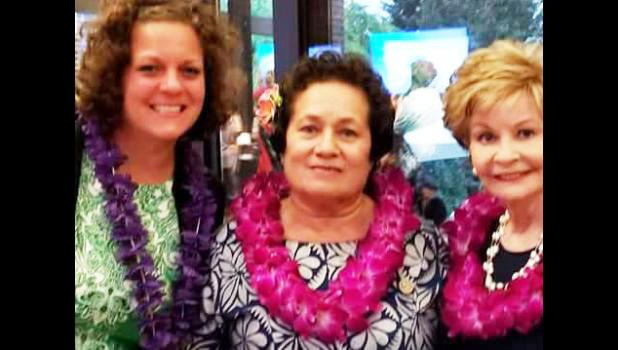 Pago Pago, AMERICAN SAMOA — Guam delegate to the United States Congress, Madeleine Bordallo, is retiring from politics after losing a primary election at the weekend.

She has been in Congress for nearly 16 years but lost in the primary to her Democratic Party challenger, senator Michael San Nicolas.

“It has been a privilege working with Congresswoman Bordallo many times on shared bipartisan priorities for the Pacific region or our islands’ Veterans over the past four years. Many years before we worked together in Congress, our fathers worked together in Saipan for the U.S. administration of the Trust Territory of the Pacific Islands, and we’ve both been blessed to follow in their tradition. I appreciate and value the friendship she displayed for American Samoa throughout her 16 years of decisive influence in the U.S. Congress.”

“Congresswoman Bordallo has served Guam in some public capacity almost continuously since 1975. She has compiled a remarkable track record as a legislator, and is known in Congress as a leader and an effective, committed lawmaker. Since 2002, she has served in the United States Congress, and due to her seniority, is the Dean of the Members from the five island Territories. She is a highly influential Member of the Armed Services Committee and the Natural Resources Committee, and both Committees are integral to Guam and the Territories. She serves as the Vice Chair of the Asian Pacific American Caucus. In these roles and more, Congresswoman Bordallo is a longstanding and persuasive public voice for the Pacific Islands, and for issues about which she cares deeply, such as priorities for women or environmental needs. Thank you, Congresswoman Bordallo, for your distinguished service.”