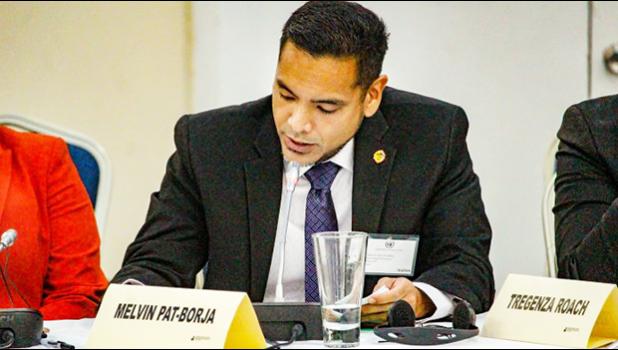 Hagåtña, GUAM — Distinguished experts from around the Pacific and Caribbean will be on Guam next month for a conference that will focus on decolonization and human rights.

The special international conference, “Fanhita: Our Continuing Quests for Decolonization,” will bring together a wide array of civil rights pioneers, from elected officials to scholars to community activists, hailing from Australia, the U.S. Virgin Islands, Puerto Rico, Hawai’i, American Samoa, the CNMI, Belau and West Papua.

According to an Adelup release, these experts will share the experiences of their community or territory in seeking self-determination or decolonization with the hopes of increasing local awareness and building a broader network of solidarity.

Melvin Won Pat-Borja, executive director of the Guam Commission on Decolonization, said the invited presenters are individuals who have made a profound impact in their respective communities on issues of human rights and decolonization.

“Like Guam, they come from nations that are colonized or have been colonized, and as our island continues its quest for self- determination, we hope this conference will generate a deeper interest and understanding of this process,” Won Pat-Borja said.

In collaboration with the University of Guam, the Commission on Decolonization will host the Fanhita conference on Sept. 12 and 13 at the Sheraton Laguna Guam Resort.

It will be open to the public, however, those interested in attending must register with the Commission on Decolonization.