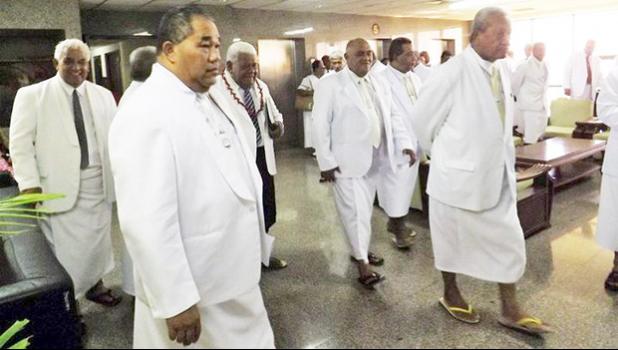 Apia, SAMOA — The first hearing of a tax-evasion case against church ministers of the Congregational Christian Church of Samoa has been adjourned until February 5 next year to allow counsel to take instructions.

Nine ministers, including the chairman Elder Tauti'aga Senara, appeared in the District Court on Tuesday before Judge Talasa Sa'aga on charges of failing to file income tax returns.

The case is the first under new laws introduced this year that requires church ministers to pay tax on donations received from their congregation.

Lead counsel for the accused, Alex Su'a, asked the court for an adjournment so he could take further instruction from his clients.

He also sought and was granted the court's approval to waive bail conditions that would have required the accused ministers to surrender their travel documents.

Another group of church ministers charged under the new law will appear in court next week.

Earlier this month all ministers of the Congregational Christian Church of Samoa had met to discuss the next steps in their tax boycott.