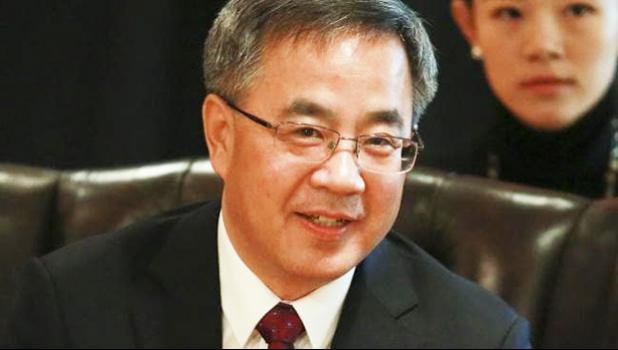 Mr Hu, a senior Chinese Communist Party Politburo member, will try to convince Pacific leaders of China’s commitment to “green” and “high-quality” development after widespread criticism of BRI projects in the West.

The third China-Pacific Island Countries Economic Development Co-operation Forum will be held in the Samoan capital, Apia, on October 20-21, amid growing anxiety in Australia, the US and Japan over Beijing’s push to bring Western Pacific nations into its orbit.

All Pacific nations that recognize Beijing’s One China policy have been invited, including new diplomatic partners Solomon Islands and Kiribati, while those recognising Taiwan are excluded.

According to Chinese state media, the theme of the forum is “open co-operation, shared development”.

“China will work with the participating Pacific island countries to plan the next stage of economic and trade co-operation and development,” China’s People’s Network said.

“Along with the process of China’s reform and opening up, China’s economic and trade ties with Pacific island countries are increasingly close.

“The Chinese side pays attention to and respects the development needs of the Pacific island countries, and the bilateral economic and trade business is more balanced.”

Read more at The Australian