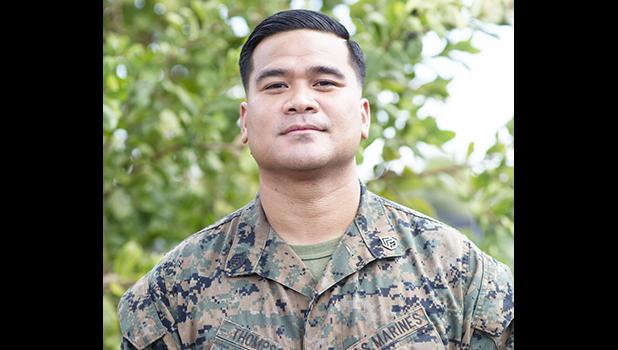 An Aunu’u, American Samoa, native, Thompson accounts for and supplies the parts needed to repair equipment for MRF-D.

“I can proudly say I am one of the few that stepped up and took the challenge of being a Marine. Not a lot of Samoans know about the Marine Corps. Most of us growing up only ever hearing about the [U.S.] Army. We don’t hear about the Navy, or the Air Force, or the Marine Corps.

“I knew about the Marine Corps because of one of the commercials that came on the TV. This guy climbs a rock and when he gets to the top this magma monster came out of nowhere and he starts slaying this monster. He defeats this magma monster and he puts his sword in the sky and lightning came down and transformed him into a Marine. That is the commercial that really inspired me to be a Marine. Not only a Marine, but a Samoan Marine, because you hardly ever see any.

“When you look at me, you can tell I am different than most staff non-commissioned officers. I think that has to do with the way I was raised and from the culture I am from. I was always taught to be good to people by my grandmother. That is still in me. I believe I have to be nice to people I meet no matter if you are a Marine or not, or if you have less rank than I do. When I have to be a Staff Sergeant, I will be a Staff Sergeant, but most the time it’s person-to-person. If you want people to respect you, you have to give them the respect they deserve.”

MRF-D 20.2 was scaled back from a 2,500 service member strong Marine Air Ground Task Force to 1,200 Marines and sailors in order to continue to train safety while observing social distancing and prevention guidelines for COVID-19.