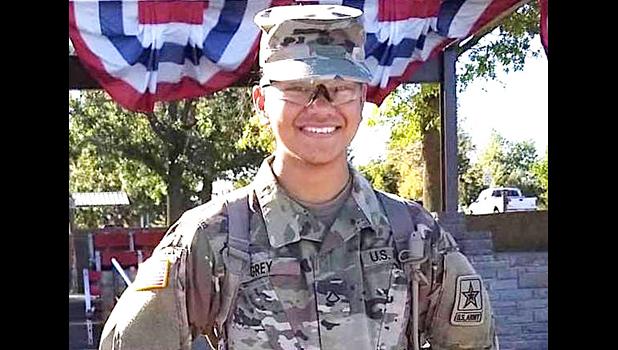 Upon graduation from boot camp, Raelyn was promoted to the rank of E-3 (Private First Class). Come January 2020, she returns to Southern Oregon University to pursue her college education, under a special military program for those enlisted in the US Army National Guard.

The daughter of Matthew and Brendalyn Mariota-Grey, Raelyn grew up in the Aumi section of Laulii, American Samoa with her siblings Taulauniu, Uelese, Risa, and Joycelene.

Before swearing in to the military, Raelyn was among the recipients - the only one from American Samoa - of the National Pacific Islander Education Network (NPIEN) Christina Diaz Pacific Islander Scholarship.

“We are proud of your accomplishments. To God be the Glory!” wrote Brendalyn in a Facebook post about her soldier’s graduation and promotion.”Faafetai tele lava to our United Pentecostal Church (UPC) for your never ending prayers.”

Malo lava Raelynn! Thank you for your service.