Don't even try a 'yo mama' joke on a Samoan, especially if he's David Tua 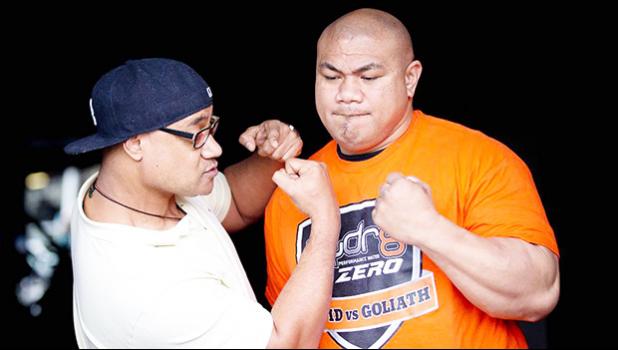 Auckland, NEW ZEALAND — In Samoa, Mother's Day is one of the most sacred days of the year.

I've been blessed to have been there all week with family and – having never previously been there during this time – I was struck by the preparations going on as aiga everywhere prepared to honour their tinā.

As much as Samoans like a laugh, you'll not usually hear any 'yo mama' jokes as part of any banter. Mother's Day is almost right up there with Christmas, Easter and Independence Day in terms of importance.

Comedian Guy Williams accidentally stumbled onto this fact in one of the great New Zealand television moments. It was on a 2013 episode of Jono & Ben when he went to a David Tua press conference.

The champion heavyweight boxer was good-natured at Guy's first humorous question but then – in an attempt to see if Tua would perhaps one day fight Sonny Bill Williams - Guy asked Tua if he'd heard what Williams had said about his mum.

Tua looked down very quickly, dropped any hint of joking, then looked up and fixed him with a stare that would melt rock, before replying: "you better be careful what you say now".

Guy somehow kept calm and hurriedly assured Tua that Williams had said nothing but compliments. Tua's smile returned and a crisis was averted, but you could tell Guy wasn't joking when he then turned to his camera and said that was the "scariest s..." of his life.

Here in New Zealand the day is just as big a deal, and with over 40 countries celebrating I thought for this week I'd read up on what the day is like in other parts of the world.