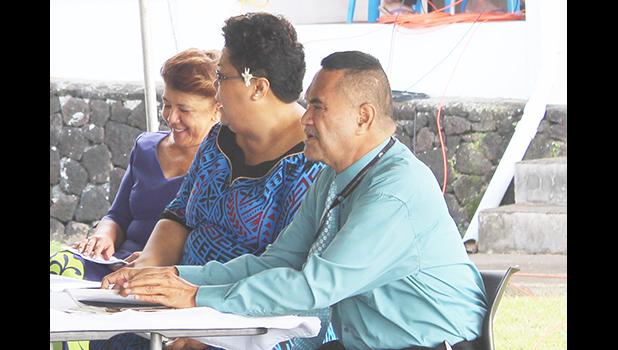 The biggest price tag of $25.83 is for the ongoing apron rehabilitation project
By
Fili Sagapolutele
fili@samoanews.com

Pago Pago, AMERICAN SAMOA — More than $84 million was allocated and spent in project costs for American Samoa’s three airports between FY 2013 and 2019 under the federal Airport Improvement Program (AIP), according to a financial report presentation by Port Administration at last Friday’s cabinet meeting.

According to the presentation, 90% of the total projects for all three airports is funded by the US Federal Aviation Administration through the AIP, while 10% is the local government share.

Loi-0n Fruean explained that the international airport has an annual entitlement of $1 million; but based on the financial spreadsheet report shown to cabinet members, the airport was fortunate to receive more than $1 million for several fiscal years.

The additional money — above the entitlement — is called “discretionary funds” which are competitive grants for states and territories in the Western Pacific region to compete for. She said competing for this grant is not an easy task and Port Administration, along with ASG, had fought hard to secure this additional funding.

Total funds for the Tafuna Airport between FY 2013 and 2019 is $71.81 million — with $65.66 million in federal share and $6.15 million from ASG. She thanked Gov. Lolo Matalasi Moliga for his continued support of Port Administration, in providing the local share.

She thanked the US Department of Interior for past funding of $350,000 a year for Port Administration under the Capital Improvement Project (CIP).

DOI’s field representative, Lydia Faleafine-Nomura was in attendance at the cabinet meeting.

Loi-0n Fruean explained that Ofu and Fitiuta each qualify for $150,000 annually under the AIP, and there is a separate FAA funding program for additional money in which the two domestic airports qualify for, but not the Tafuna Airport.