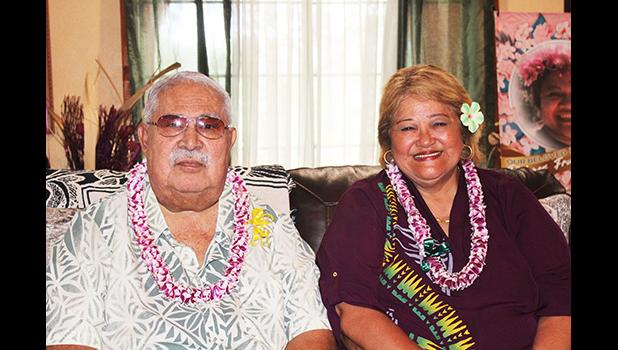 Pago Pago, AMERICAN SAMOA — Senator Tuaolo Vaivao Manaia Fruean will return as senator for the Ma’oputasi District when the new Legislature is sworn in next year, after the Pago Pago village council of chiefs unanimously selected him during a village meeting held at Mauga’s guesthouse last Saturday morning.

“I’m very humble and thankful with the decision by my village to allow me the opportunity to serve them for the next four years at the Senate,” Tuaolo told Samoa News this past Monday when asked about his feelings towards the decision during an exclusive interview at his Pago Pago residence.

According to Tuaolo, it was during the Council meeting that he requested to be given the opportunity to serve the village, the government and the country for the next four years.

“This is my 55th year of service in the American Samoa Government (ASG) and I thank the Lord for giving me the strength and knowledge to continue to do His will and serve our people,” Tuaolo said.

“I thank my village for accepting my humble request to be a servant for them for the next 4 years. God knows my heart and I wanted to serve my village, the people and the government of American Samoa while I still have the strength from God.”

Tuaolo said that American Samoa needs people who can lead by good example so that the young generation will look up to them as role models and follow their footsteps.

During the interview with Samoa News, Tuaolo said that one of the many things on his mind that he needs to address once the new Legislature is sworn in is to ask the new Administration for assistance to build offices for senators and representatives of the Fono.

“”This issue bothers me a lot especially because I know that the Legislature is one of the three branches of the government and people who are working at the Fono are leaders of the government. However, it’s really sad to see that senators and representatives don’t have offices to do their work,” Tuaolo said.

He also spoke about the drug problem in American Samoa and how to address this problem. He made an impassioned plea to traditional leaders to stand up and fight this disease which is spreading everywhere.

Tuaolo said, “Everyone needs to work close together to combat this drug problem. Churches, villages and government leaders need to come together to find solutions to cure this illness and save our young people.”

He thanked the people of Tutuila and Manu’a for letting their voices be heard during the general election three weeks ago, adding that there is much to be done.

The former Associate Judge is not new to the Fono. He served as a House Representative for Pago Pago village for 10 years before he served in the Senate for two consecutive four year terms, from 2001-2008.

In 2009 he served as police commissioner during the Togiola Administration and was selected in 2013 to serve as Chief Election Officer, in the first year of the Lolo Administration.

In June of 2015 while serving as the Chief Election Officer, Tuaolo returned to the Senate after being selected by traditional leaders of the Pago Pago village council to fill the seat vacated by Paramount Chief Mauga Tasi Asuega, who became the Secretary of Samoan Affairs in April.

He returned to the seat for his second term from 2005-2008 before he was appointed by Governor Lolo M. Moliga to serve as Commissioner of the Department of Public Safety.

When contacted for a comment, Mauga confirmed the village council’s decision and congratulated Tuaolo for gaining the trust of the village chiefs. He said that Tuaolo is a hard working leader who is eager to serve his village and country.

Mauga also spoke about the drug problem in American Samoa, saying he’s very concerned over the influx of illegal drugs and consequently the growing drug problem in the territory. He noted that not one week goes by without a report on a drug case.

American Samoa is “infested” with drugs, Mauga said, likening the infestation to the rapid spread of the coronavirus.

“It’s a silent killer” in the community, Mauga declared and said, “if traditional and government leaders hide from it, turn our backs to it and walk away from it,” then we are also at fault for not addressing this serious problem. He said people want to see how leaders are going to cure this serious problem.

Mauga said it is not only the responsibility of the police, government agencies, the governor, the lieutenant governor, to tackle this infestation — but “it’s everyone” working together to root out this problem, including families and villages.

And for chiefs, or matai, he said these individuals should fully enforce their role and authority in their respective villages, which is where this problem (drugs) is starting.

The Maoputasi county is scheduled to meet today at 4p.m at Mauga’s guesthouse to announce their two other seats for the Senate, among which are the seat for Aua and Leloaloa and the seat for Faga’alu, Utulei and Fagatogo.`