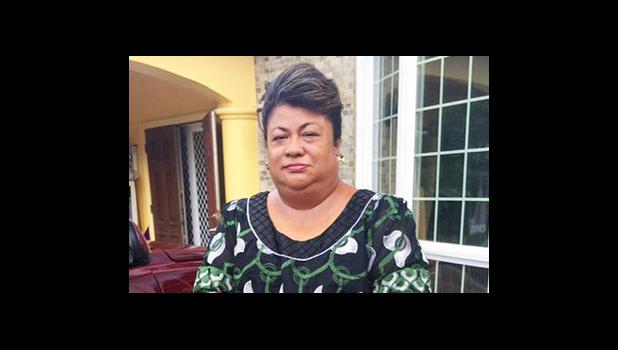 With Tualauta being the most populous county in American Samoa, Tualauta Rep. Vui Florence Saulo is seeking to amend the Constitution by adding two more seats to the local House of Representatives for Tualauta, which currently has two seats.

Vui’s move has received support from her colleagues, including House Speaker Savali Talavou Ale, who along with nine other House members signed on as co-sponsors of the House Joint Resolution, introduced last Friday.

“I’m so very thankful for the support from my colleagues who co-sponsor this important measure,” Vui told Samoa News yesterday, adding that two other lawmakers, had offered to be co-sponsors, but couldn’t get their signatures on the measure in time to be presented to the House floor in first reading.

Vui has been working on the measure since last year, but there was a delay in getting it drafted for introduction in the House. When she returned to the House in January, following last November’s election, Vui said this was one of the first issues she addressed — getting the measure drafted by the Fono’s legal team.

In arguing for two more seats, Vui points out that Tualauta is “home to almost two-thirds of the territory’s population” and a shift in population must also reflect the number of representatives allocated to Tualauta District in the Legislature.

Tualauta “is currently under-represented in the present composition of the Legislature having only two members in the House, similar to other districts with populations far less” than Tualauta, Vui said.

The second Tualauta faipule, Rep. Samuel Ioka Meleisea is off island and wasn’t able to be a main sponsor of the measure.

According to the 2015 Household Income and Expenditure Survey (HIES) report, complied by Commerce Department, the territory’s estimated population in 2015 was 57,436 with Tualauta county the largest estimated at 19,519, followed by Maoputasi at 11,052. “Hence, those two counties made up more than half of American Samoa’s population in 2015,” according to the report, released in January this year.

Additionally, the five counties in Manu’a (Ta’u, Faleasao, Fitiuta, Ofu and Olosega) together accounted for only 1,300 people, and, as one entity, it is the smallest in American Samoa. Other small counties were Leasina with 1,541 and Saole with 1,811.

Last week, Manu’a’s three senators introduced legislation seeking to return two senatorial seats to the Manu’a islands that were taken away 57 years ago. Prior to this, there were five seats in the Senate representing Manu’a’s five counties. (See yesterday’s edition of Samoa News for details.)

Looking at Election Office’s latest data, it shows that in the 2016 general election, Tualauta had the highest number of registered voters at 3,693 with 2,376 votes cast. For the 2014 election, data shows total registered voters were 3,337 for Tualauta, but only 1,695 cast ballots.

Samoa News will report in later edition on specific data from the last year’s general election.