Summer cruise ship season kicks off in the South Pacific 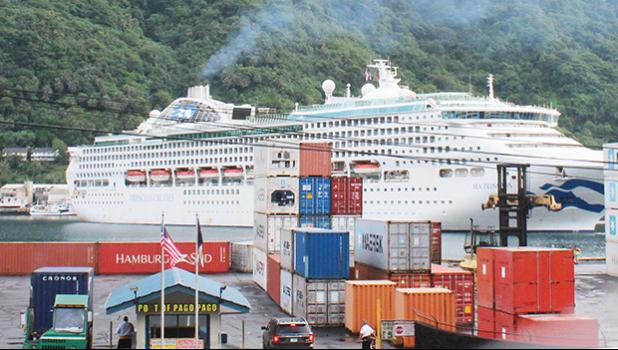 Pago Pago, AMERICAN SAMOA — The “Sea Princess” — a Princess Cruises vessel — maneuvered its way inside the Pago Pago Harbor around 7:30a.m last week, with the assistance of two ASG tugboats.

The American Samoa Visitors Bureau (ASVB) says the arrival of the Sea Princess “kicks off the Spring-Summer cruise ship” season. The ship docked around 7:45a.m arriving from Suva, Fiji and departed at 5p.m. for Honolulu.

The ship is on a return 35-night cruise from Auckland, New Zealand, carrying 2,417 passengers and 910 crew members.

ASG officials have stated publicly that visiting cruise ships (which have increased in number over the years) bring in new cash and therefore, boost the local economy, the reason the Visitors Bureau takes part in the annual cruise ship convention in Florida.

This is the Sea Princess's second visit to American Samoa this year. Its prior arrival was on April 16th, during Flag Day.