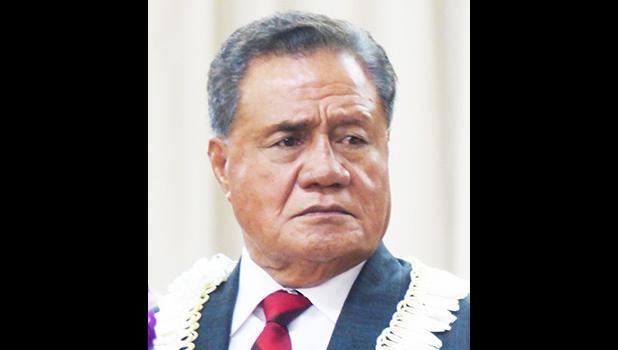 Pago Pago, AMERICAN SAMOA — The increasing numbers of people testing positive for COVID-19 in the United States is causing concern to some Senators.

President Pro Tem Nuanuaolefeagaiga Saoluaga Nua asked about government’s preparation to protect the territory from the coronavirus pandemic and whether we are ready to handle any confirmed cases.

He was concerned about protection for medical personnel who would tend to the care of any coronavirus patients. Nua said he’s also told that employees directly involved in health services related to the pandemic haven’t received overtime pay.

Sen. Satele Galu Satele, who also is the Chairman of the Senate Health Committee echoed Nua’s statement and said that the numbers of people affected by the coronavirus continues to climb.

Satele said he supports the Governor’s decision to keep the borders closed and people in the territory should urge their families in Hawaii and the mainland who want to return home to stay there until the pandemic is over.

Senate President Gaoteote Palaia Tofau told the Senate that Governor Lolo Matalasi Moliga has accepted the recommendation from the Task Force and other leaders to close the borders in an effort to protect our island from the coronavirus pandemic.

Gaoteote then mentioned the charter flight set for next week, July 21st, 2020 to transport medical referrals and others to Hawaii. He said that according to the information he received from the Administration, that although the charter will originate from Honolulu it would not be bringing any passengers to the territory. The charter is only one-way to uplift passengers in American Samoa and take them to Honolulu.

A hearing is now scheduled at 8:30a.m this morning, Friday, July 17th with members of the Task Force to explain the government’s preparation if any cases are confirmed in American Samoa.