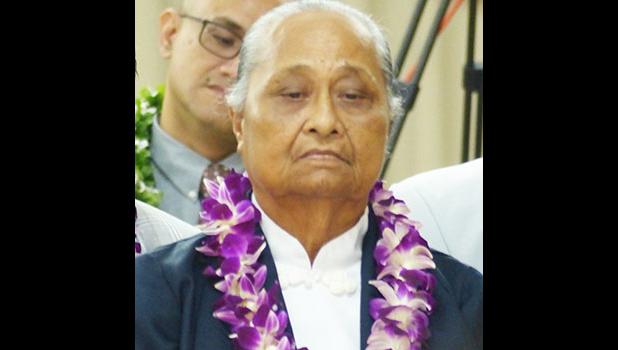 Fonoti raised the issue during the budget hearing for the Department of Administrative Services, whose director, Malaepule S. Moliga, was reminded by Fonoti that she made the same suggestion during last year’s budget hearing, as a way for ASG to earn additional revenue.

Malaepule responded that the parking lot is for ASG vehicles as well as those belonging to government workers and the public. He said this matter rests with the governor dealing with parking meters.

However, Fonoti reiterated that parking meters would be a new revenue earner for the government.

At last Wednesday’s cabinet meeting, Malaepule informed directors they must remove their department’s vehicles still in the EOB parking lot that are no longer operating. He said directors have been reminded of this issue but not much has been done about it.

Gov. Lolo Matalasi Moliga directed the Public Works Department to work with respective departments and agencies to tow away those cars that no longer are working so that the vehicles could be surveyed and assessed to either sell or repair.

One of the biggest problems at the EOB parking lot is that anyone visiting after 7:30a.m. can’t find parking most of the time.

Administrative Services Department oversees the EOB, including the parking lot and maintenance.