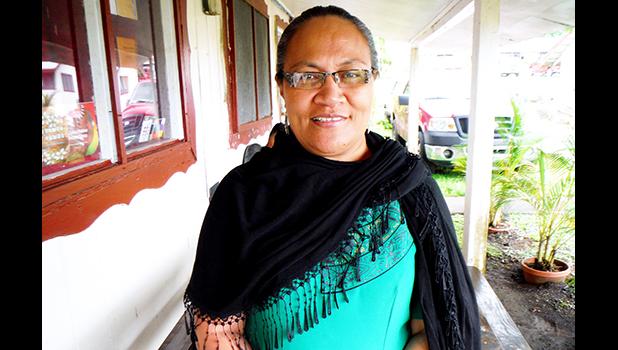 As the 2019 winner in the Pacific Islands category, the Observer’s judges chose Mrs. Tamari Mulitalo Cheung, a Researcher and Translator with the Samoan Studies Institute (SSI) at the American Samoa Community College (ASCC), for her story titled “Fa’aleleiga”. “I feel so grateful and extremely blessed to win this Pacific category, especially knowing that so many great writers reside in our region,” said Mrs. Cheung upon receiving the good news. “I owe this to the God of languages. Indeed, as the Samoan saying goes, ‘O Ia ua ou manogi ai’”.

While a work of fiction, “Fa’aleleiga” takes place in a setting familiar to American Samoa residents. The story mostly centers around the Tafuna Correctional Facility (TCF), after a police car chase results in a journalist named Fa’aleleiga (reconciliation) ending up as one of the inmates she typically writes about as a court reporter. As the story unfolds, instances of actual reconciliation take place, symbolized by Fa’aleleiga arriving in TCF on a Good Friday and staying until after Resurrection Day. In a literal sense, Fa’aleleiga has to reconcile her bitterness towards TCF inmates because of their role in her grandfather’s death. A Resurrection service in prison led by a former hippie boyfriend turned pastor starts her journey of reconciliation with her Maker, and enables her further to make peace with those around her. The story weaves in anecdotes of reconciliations in Samoa’s history, such as the case in Vanuatu where Samoan missionaries were martyred, and the apology by a former New Zealand Prime Minister for certain tragic events of the past.

Mrs. Cheung credits SSI Director Okenaisa Fauolo for being a sounding board during the writing process, as well as local author, music educator and former ASCC faulty member Mr. Poe Mageo for encouraging her to develop as a storyteller and enter the Tusitala competition.  Both Mr. Mageo and Mrs. Cheung have regularly submitted stories to the Tusitala competitions, with Mr. Mageo emerging this year as one of the competition’s top five finalists in the Pacific Islands category.

Mrs. Cheung also sees her work as aligned with the ASCC and SSI missions of promoting awareness of Samoa and the Pacific. Samoa Observer’s Editor in Chief, Gatoaitele Savea Sano Malifa, a published author and poet himself, echoed this goal of increasing awareness when he described the Tusitala competition as a forum for Pacific writers to tell their own stories and to share issues and ideas that are important to them. “More than the prestige, the prize, and the friendship it brings about, the competition is a platform to share our faasinomaga, and more importantly for me, to put into practice a vow I made in 1991 –to write for the Lord about the hope and forgiveness I found in him”.

In addition to her own writing, Mrs. Cheung plays a prominent role in the SSI’s efforts to encourage local writers to create literature in the Samoan language. Each year, the SSI holds its Lau Gagana writing competition, open to both students and the public, and the Institute has seen both the level of participation and the quality of the submissions grow over time. “I hope my achievement this year inspires our residents both young and old to take writing more seriously, to not become discouraged if they don’t succeed at first, and to think about creating work they can enter in competitions like Tusitala and Lau Gagana,” said Mrs. Cheung. “I’d also like to remind our aspiring writers that if they’re going to focus on our culture, it really helps to do research into their subject areas, as this not only lends their work credibility, but also adds to their own insights into our people and history.”

As news of Mrs. Cheung’s achievement reached the ASCC faculty and staff, many of them offered her their heartfelt congratulations. As Mrs. Letupu Moananu, Vice President of Academic and Student Affairs wrote, “On behalf of President Dr. Rosevonne Pato and the ASCC family, I convey my heartfelt gratitude and congratulations to Mrs. Cheung for this great accomplishment.  You have made us all so very proud of this momentous and prestigious award. Thank you for sharing this awesome news with our ASCC family.”