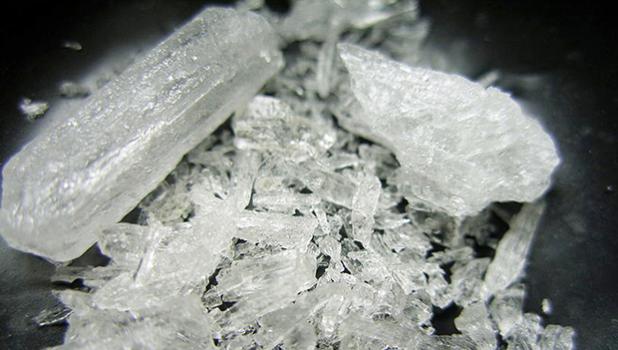 Santa Ana, CA — A Samoan man and his wife are among eight defendants who were arrested this past Tuesday and charged under a grand jury indictment at the federal court in Santa Ana, CA in connection with an alleged scheme to send methamphetamine to Hawai’i, according to federal prosecutors.

The US Attorney’s Office for the Central District of California said the arrest followed the filing of a seven-count indictment on Oct. 10.

Prosecutors allege that the defendants conspired to distribute methamphetamine, including an attempted shipment on July 17 of 11.7 kilograms of pure methamphetamine from a post office in Garden Grove. Additionally, those drugs were part of a nearly 90lb. shipment that appeared to be colorful, decorative Mexican items, including replicas of the 500-year-old Aztec calendar stone.

The indictment alleges that members of the conspiracy, over the past year, sent to Hawai’i a package containing about two pounds of methamphetamine and another with nearly five pounds of the drug.

Prosecutors accuse Vaimanino of orchestrating the drug shipments to Hawai’i; while  his wife Alejandra is alleged to have delivered narcotics to a customer on at least one occasion.

The 17-page indictment details alleged activities by the defendants in their drug trafficking operation, including driving co-conspirators to a Federal Express store to send boxes to Honolulu containing illegal drugs. The indictment also spells out specific dates of the alleged drug trafficking activities from Jan 23 to July 23, 2018.

According to the indictment, a box that contained 2,181.63 grams of meth packed inside bags of ground coffee was sent on Apr. 18 from a FedEx store in Cypress, California to Hawai’i. The indictment identified a co-conspirator with a Samoan last name, Marenda Tamaalemalo, who allegedly flew from Honolulu to California  and, among other things, helped pack the box for shipment to Hawai’i.

Tamaalemalo is among the several defendants including at least five Samoans who were indicted in August this year for a drug trafficking case at the federal court in Honolulu. Among the defendants in this case is Alapati Vaivai of American Samoa who was arrested in the territory late last month and taken to Honolulu.