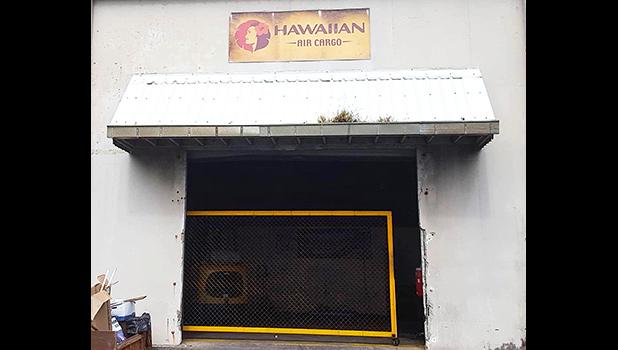 Pago Pago, AMERICAN SAMOA — A look at the new Hawaiian Airlines cargo facility at the Pago Pago International Airport that will be dedicated on Thursday. Hawaiian’s new chief executive officer and president, Peter Ingram, is leading the airline’s delegation from Honolulu for the ceremony, which includes a special Samoan performance by the local staff.

Ingram, who took over the leadership post early this year, arrived Tuesday, along with the company’s senior vice president for revenue management and network planning, Brent Overbeek; and Debbie Nakanelua-Richards, director of community relations.

Also part of the delegation is Kahu Richard Kamanu, who will be on hand to bless the cargo facility, along with vice president of corporate communications, Ann Botticelli.

Responding to Samoa News inquiries regarding the purpose of the airline officials visit to the territory, Botticelli revealed that, “We are most excited about dedicating our new cargo facility, that will be Thursday.”

Samoa News understands that the delegation will be meeting this week with Gov. Lolo Matalasi Moliga and one of the issues to be discussed is the lowering of airfares for the Honolulu - Pago Pago route.

However, Botticelli could only say that, “As we always do, we meet with the Governor to catch up and exchange information.”

When asked about issues lined up for discussion during the meeting with Lolo and if it  includes lowering airfares, the governor’s executive assistant, Iulogologo Joseph Pereira told Samoa News yesterday that, the “fundamental issue would be the collaboration between Hawaiian Airlines and American Samoa on the promotion of our tourism development industry, and promoting other economic development potentials.”

“Of course airfares and frequency of flights are deterrents to tourism development,” he continued.

Ingram’s wife and daughter will also be traveling to the territory and the entire group returns to Honolulu on Thursday.