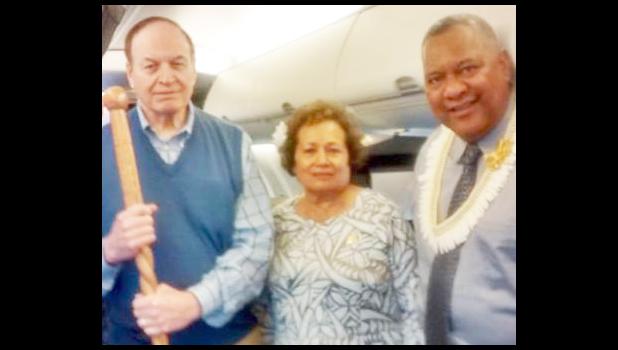 “Job one is to work for equitable treatment with the states, and throughout the bill the Territory is fully included in new resources,” said Congresswoman Amata. “I’m confident that federal support will soon be on the way. This $1.9 trillion legislation is one-third the size of the entire federal budget, so the Senate could have amendments or compromises.”

The House bill would allocate over $2 billion to be divided among the insular areas governments, with an estimated $511 million for ASG relief although the Senate could scale back the totals for state and territory governments. “Working together in a bipartisan manner, we have made great strides in ensuring the territories get substantial and fair relief,” Amata noted.

Senate Energy and Natural Resources Chairman Joe Manchin (D-WV) has warned of the current bill’s cost, and he and other Senators have talked of potential adjustments. The U.S. House of Representatives closed out the week by passing the major spending legislation and sending it to the Senate for consideration.

“As requested in my letter to Chairman Manchin, I believe American Samoa will see another round of direct assistance payments to individuals and families, added vaccine and health care support, millions in resources for American Samoa Government, including our schools and ASCC, nutrition assistance, along with extension of unemployment for those qualified,” continued Amata.

While the House bill makes federal minimum wage changes for the states, those changes would not apply in American Samoa, which is currently operating under a previous compromise, which had set a minimum wage increase of 40 cents in a three year period.