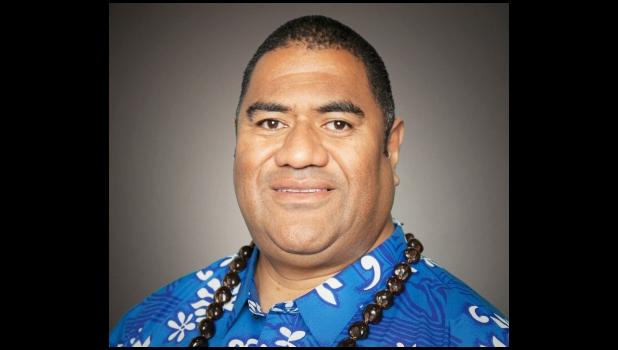 Pago Pago, AMERICAN SAMOA — After a decade serving as the American Samoa Visitors Bureau (ASVB) executive director, David Vaeafe is leaving the post, as his  contract was not renewed by the new ASVB board of directors.

During FY 2019 budget hearings in September, Vaeafe was asked about his contract, which he said is up for renewal, adding that it’s the Board that set his salary at $90,000 annually with benefits, including housing.

Responding to media inquiries, Vaeafe said yesterday that the “new board has opted to not renew my contract and take the office in a new direction — which I think is great.”

“There is a lot of great product on island that has built up a good business base and we have over the years assisted local businesses in making them ‘Export Ready’,” said Vaeafe who served as the first ASVB executive director when the office was established after the law creating the Visitors Bureau — a semi autonomous agency — was implemented.

Vaeafe says it has been a busy and hard 10 years of operation, building up American Samoa’s profile internationally, making the partnership connections — with airline, wholesalers, inbound tour operators, etc. — with the trade and nurturing those relationships over the years.

“At the same time, we have actively invested in the local industry through our export ready training programs, advertised them overseas, and promoted all our industry members to international travel buyers and companies annually,” he pointed out.

“Today you will find American Samoan tourism products listed with such tourism companies as Booking.com, Expedia and others,” he explained, adding that in the cruise ship area… we have gone from six ships 10 years ago to averaging 18 vessels per year.”

Between now and 2022, according to Vaeafe, just over 30 ships are confirmed for visits to Pago Pago Harbor and the list will grow even more.

Vaeafe said he believes the new direction the Board is taking is a good one, to develop more local events on island and assist new businesses through partnerships with other government agencies. Additionally, there are some new events already planned for next year like the American Samoa PGA Golf Tournament, which will bring in over 50 golfers from around the region. “Developing more events like this will continue to grow the sector and inject new money into the economy and businesses,” he shared.

Vaeafe said he has “enjoyed my time in American Samoa”  serving the tourism industry and working with the government and community. “American Samoa has a very unique and distinctive product like no other in the region and it’s these attributes that international visitors comment and enjoy about the destination,” he said.  “The challenges faced by the sector are the same as any other developing industry in the Pacific and to make it work, you need to keep driving forward and be innovative in your thinking.”

He explained that the success of the local industry to date is because they jumped on the wagon and it has taken this journey with the Visitors Bureau over the years in growing their businesses and the sector. He acknowledged the bumps and criticism along the way, “which has made us stronger, but we have perservered and today you have a very different tourism landscape from 10 years ago.”

For example, he pointed to the South Pacific Tourism Organization 2018 Annual Visitor Arrivals Report, wherein American Samoa fared well. Among the highlights of that report includes a 1.2% growth from 2017 visitor numbers; and American Samoa’s largest market is cruise ship arrivals.

Additionally, American Samoa recorded $22 million in tourism receipt earnings for 2018, a 1733.33% return on investment (ROI) on Visitors Bureau budget of $1.2M (local and grant funding) for the year.

(See Samoa News Jan. 23 and 24, 2018 editions for a summary of the report, which is also available at the ASVB office in Fagatogo.)

Vaeafe said it has been “pleasure and honor” to have served the past Gov. Togiola Tulafono, the current Gov. Lolo Matalasi Moliga, and Lt. Gov. Lemanu Palepoi Sialega Mauga, ASG, and the people in contributing to the development of the Territory’s tourism sector.

He reminded that “tourism is everyone’s business.”

He thanks his staff, past and present, all of whom joined the office with a passion to learn about tourism, try a new career, and “contribute to the industry and none of what we have accomplished could have been done without them.”

He also thanked Samoa News and KHJ for their continued support.