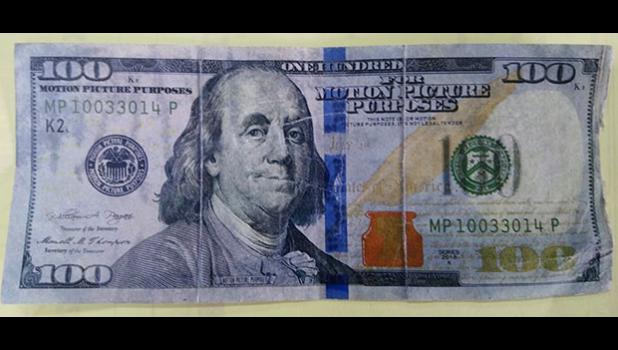 Pago Pago, AMERICAN SAMOA — Just last week, Samoa News published a photo and caption of a counterfeit $5-bill that was used to purchase a barbecue plate at a fundraising event on the west side. The particular bill had scribblings on both sides of the bill, over the serial numbers. Yesterday, Samoa News visited KF Merchandise Store in Tafuna, where a customer brought in a fake $100-bill that was used to purchase groceries.

The store clerk has surveillance footage of the transaction, and Samoa News was allowed to view it. The man who presented the fake C-Note is a “regular customer”, according to store employees. He is an older gentleman, appearing to be in his sixties.

It is unclear if the man was aware that the money he used was fake — as store clerks say he continues to stop by regularly and shop. When asked if he has notified local authorities, the storeowner told Samoa News he is reluctant to report the issue, because of his past encounters with local cops.

Locals — especially businesses — are urged to carefully inspect money that is presented to them, to avoid being scammed. Some stores use special pens that detect fake bills at the checkout counters.

The bill in question is obviously ‘play money.” It says so right on it, clear as day. But unsuspecting store clerks rushing to serve the next customer in line can easily mistake them for real ones.

A closer look at the $100-bill in question (pictured) and you’ll see the words (in large font) on the front upper right of the bill: “For Motion Picture Purposes”. Right underneath, in a smaller font: “This note for motion picture purposes and not legal tender”.

The upper left of the front of the bill reads: “Motion Picture Purposes”.