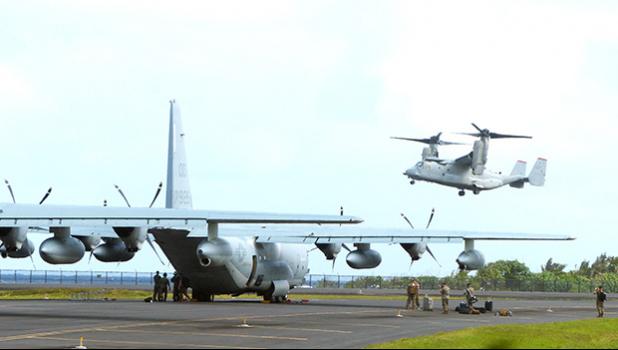 Pictured at the tarmac late Tuesday morning at the Pago Pago International Airport is one of the two military C-130 aircraft, while flying overhead is one of the four MV-22 Osprey military planes — here for the first time — which made a refueling stop in the territory, arriving in American Samoa from Fiji and heading to Kaneohe Marine Corps Air Station in Hawai’i. [photo: Leua Aiono Frost]