Memorial Service honors the 34 who perished in 2009 tsunami 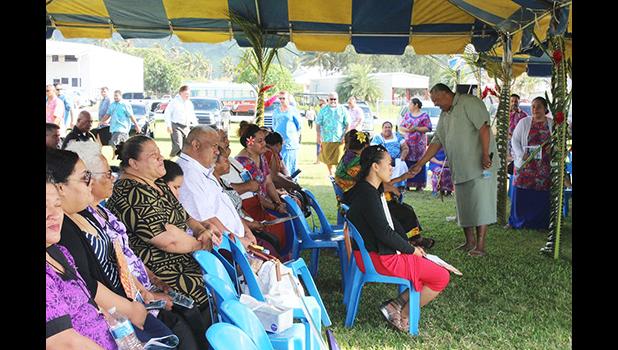 Pago Pago, AMERICAN SAOA — Several family members representing the 34 people in American Samoa who perished in the Sept. 29, 2009 tsunami attended Saturday's memorial service hosted by the territorial government marking the 10th anniversary of the worst natural disaster in American Samoa’s history. Some family members brought large portraits of their loved ones and were displayed on stage at the Veterans Memorial Monument at Tafuna.

Also on stage were 34-empty decorated chairs for the victims.

Names of the tsunami victims - which included a handful of non Samoans who were residing here during the time of the tsunami - were read aloud one at a time followed by a toll of the bell. The age and village of each victim was also announced. Amongst the victims was Daniel Peter Olszewski who arrived on island on a yacht.

The Governor’s Chief of Staff, Fiu Johnny Saelua read the names of victims. The last one to be read was a student from Leone village, Columbus Sauiluma, whose remains were never found, says Fiu.

Family members - who were assigned special seating under one on of the tents - wipd away tears and some were sobbing softly as names of their loved ones were read. Others in the audience bowed their heads.