Measles compensation: Gov says DoH staff only ones to be paid OT 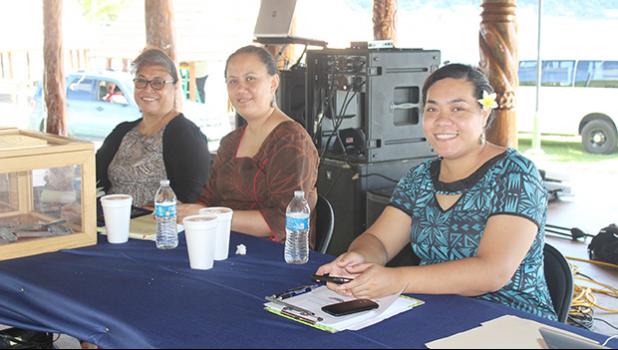 All others will be paid “as their second job”
By
Fili Sagapolutele
fili@samoanews.com

Pago Pago, AMERICAN SAMOA — All cabinet members and/or their designated employees who worked during the “Fesoasoani Alofa mo Samoa Fundraising” last month as well as the ongoing measles outbreak response will be compensated for the hours worked — outside of their regular working hours.

During last Sunday’s cabinet briefing and also two previous briefings, Gov. Lolo Matalasi Moliga said the only ones who will be paid overtime  are Health Department staff while everyone will be paid separate — as their second job.

Lolo said cabinet members who worked as part of the measles response outbreak, as well as those who attended cabinet briefings on Sundays will also get paid as a separate compensation. And employees representing cabinet members at the briefings are to be paid as well.

He informed directors that all hours submitted for work during the measles outbreak should include not only the total hours and days worked, but what that person’s responsibilities were. “Don’t just submit names and hours — provide details for justification,” Lolo said, adding that a person at the office with no role in the project, is not getting paid under the special ASG account set up to pay all these individuals.

(The governor is yet to make public the funding source of this special account).

Lolo did request LBJ Medical Center to document hours for nurses and physicians who were involved, for submission to the Human Resources Department so these individuals can get paid.

He told HR director Eseneiaso Liu to work with DoH and others to get all records to be reviewed and verified before they are processed for payment.

Yesterday, Liu sent a letter to cabinet members, saying her office has been authorized by the governor “to review and process compensation” for the Secretary of Samoan Affairs, executive branch directors, CEOs of semi-autonomous agencies and agency heads to include their assigned employees who engaged in support of both the measles health emergency and the Fesoasoani Alofa mo Samoa initiatives.

To assist agencies with compliance of established procedures for their review and submission, “we solicit the support and cooperation of all directors and agency heads to carefully review the merit and validity of ‘hours worked’ beyond normal business hours” for the two initiatives, Liu wrote.

At this time, DHR has a satellite office at the Emergency Operations Center in Tafuna, where submissions can be made.

A total of $304,280 was collected during the Fesoasoani Alofa Mo Samoa fundraiser and the check was presented to Samoa Prime Minister Tuilaepa Sailele Malielegaoi late last month to help Samoa with the measles epidemic which so far has claimed 83 lives — the majority of them children.