Manu’a faipule make a plea for another medical charter flight 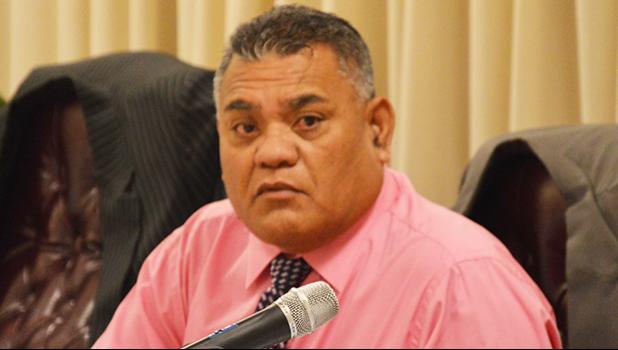 Pago Pago, AMERICAN SAMOA — Representatives from Manu’a made a plea for another medical charter flight from Honolulu to bring those who are stuck in Hawaii and the mainland due to suspension of flights into the territory during the COVID-19 pandemic. Unlike the first flight which didn’t bring any passengers on the inbound flight, the Manu’a representatives made an appeal for a chance to bring home elderly mothers and fathers and residents who have been stuck in the mainland.

“There are over 100 people pleading to return to the territory. This is their home,” Rep. Vesi Talalelei Fautanu Jr said during a House Session last week. Vesi pointed out that many of the stranded residents went off island for medical appointments. They are running low on money having to pay for their stay off island and at the same time continue to pay bills and loans in the territory.

According to Vesi, about 100 people are just waiting to come home, while residents who were referred for medical treatment have completed their appointments and are waiting for a flight to come home.

Vesi assured members of the House that if the Fono takes a mid-session recess break he wants to hold a hearing with the Director of the local Medicaid Office to explore the possibility of another medical charter flight.

The two other Manu’a faipule echoed Vesi’s statement saying that the American Samoa Government (ASG) should consider people of Tutuila and Manu’a who are stuck off island as the first priority — not people from other countries, including Samoa.

Rep. Tiaoalii Fau Sai said he wants to bring those people who are stranded in Hawaii and the mainland home immediately.

Vice Speaker of the House Fetu Fetui Jr cautioned that while they all feel for our people who cannot come home, they must take the advice of the medical experts seriously to ensure that the lives of people in the territory are not harmed.

This was the same issue raised in the Senate on the last day of their session. Sen. Logoai Siaki told the Senate President that they need to advise the Governor to find ways to bring our people who are stranded in Hawaii and the mainland home.

Samoa News should point out that during a hearing about the COVID-19 CARES funds, it was acknowledged that funds can be used to pay for charters to bring residents back to the Territory.