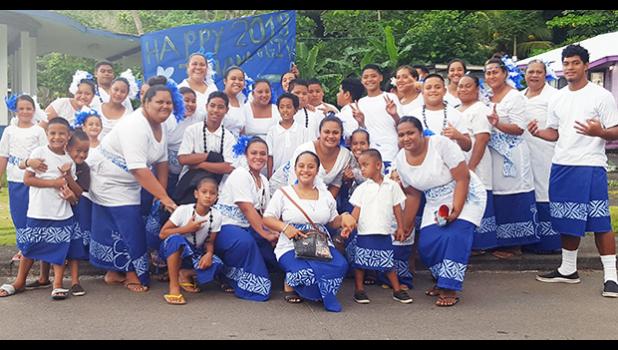 Pago Pago, AMERICAN SAMOA — Tomorrow, American Samoa joins the rest of the United States and Americans around the world in celebration of Thanksgiving Day — a federal and public holiday. Like the rest of the nation, many local residents will mark Thanksgiving with prayers and celebrations through gatherings with families and friends, as well as religious traditions.

Sons and daughters of American Samoa serving in the US Armed Forces around the world will also be in the minds and hearts of their families and loved ones at home as they gather to celebrate Thanksgiving, which, according to historians, was first celebrated by early Pilgrims after their first harvest in the New World in 1621. It was a three-day feast. George Washington proclaimed the first National Day of Thanksgiving in 1789, and Abraham Lincoln revived the tradition during the Civil War.

Because of the holiday, all American Samoa Government offices will be closed tomorrow, as declared by Lt. Gov. Lemanu Palepoi Sialega Mauga, the acting governor, in a Nov. 25th memo. All ASG employees required to work will be compensated in accordance with local laws. As in past years, some ASG employees plan to take Friday off also.

All public schools — as well as the majority of private schools — will be closed on Friday, but all ASG Education Department employees are to report to work, according to ASDOE officials. The majority of local businesses will be closed tomorrow, including all federal offices, the U.S. Post Office, and the local banks.

“We wish everyone a safe and happy Thanksgiving holiday,” she said.

Several local restaurants are offering Thanksgiving specials tomorrow, which will take the burden off those who don’t want to cook and clean up but instead, enjoy each other’s company over food and drinks.

A few stores are also offering ready cooked turkey feasts. The Thanksgiving holiday heading into the weekend is another busy time for inter Samoa travel, but Samoa News has heard from some local residents, that they have opted to “stay-home” in American Samoa due to the deadly measles outbreak that has so far claimed 33 lives in the independent state.

Because of the holiday, police presence will increase island-wide and motorists are reminded not to drink and drive.

In observation of Thanksgiving Day 2019, Samoa News will not publish tomorrow and Friday, but will return on Monday, Dec. 2nd.