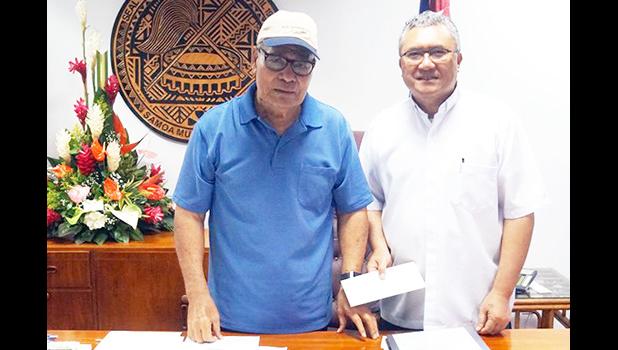 Says it is ‘embarrassing’ that he learns of these issues from the media
By
Fili Sagapolutele
fili@samoanews.com

Lolo’s request follows concerns raised by KHJ News, directed at the governor, according to Lolo’s July 23rd letter that was sent to Le’i and also released to the local media.

“Our administration has made a commitment to the principle of transparency evidenced by our policy to allow the media to attend all cabinet meetings and all government activities,” Lolo reminded Le’i in the letter.

However, the governor says he’s “a bit concerned” over the note from Miller, in which she questioned the lack of notice issued to the public to warn them of prison escapees. Additionally, there was a recent report of three juveniles who escaped from the Juvenile Detention Center.

“It is rather embarrassing for me to be blindsided by these revelations from the news media on issues that do affect the safety of our people, let alone engaging the public to look out for these escapees to promptly re-capture,” the governor wrote.

“It doesn't bode well for me personally not to be aware of what is going on in our community when approached by members of the community and particularly the media,” he said, and requested a report “providing details on the apparent trend” of escaped inmates.

The first escapee referred to in the governor’s letter is Thomas Siaumau, who walked out of the TCF on the evening of July 3rd and it was five days later that Le’i issued a statement about the escapee, seeking the public’s help.

On July 14th, Siaumau turned himself in. Police picked him up at a prearranged location.

As reported by Samoa News, the commissioner hadn’t responded to inquiries at the time of Siaumau’s escape while there was much criticism from the community for the lack of a public announcement upon TCF learning that Siaumau was out.

For the juvenile escapees, Samoa News understands that they are back in custody.