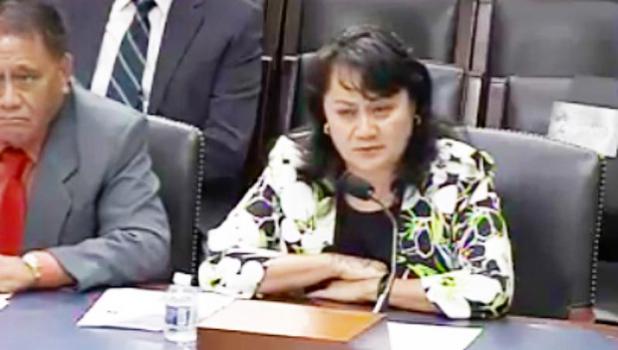 The funds are set to expire Sept. 30, 2019
By
Rhonda Annesley, Editor-in-Chief

According to Sandra King Young, Medicaid Director- American Samoa Medicaid State Agency, Congress has agreed to let all territories that have not spent all their ACA funds to have 100% Federal Matching Assistance Percentage — meaning they do not have to have a local match in funds. Unfortunately, this is only until Sept. 30, 2019.

In explaining the good news, King Young pointed out that there are “two pots of money that the territories got under ACA.”

For section 1323 market place insurance funds, if a territory could not create an insurance marketplace, the 1323 funds just gets added to the section 2005 funds as regular Medicaid funds, — BUT there is still a priority rule in spending. You have to first use your regular annual block grant money (1108) completely, then 2005 funds until exhausted or expires, and then you can use the 1323 funds.

King Young says, despite the expiration date, this is a “big deal for our Medicaid program,”as now for example the off-island referral New Zealand program has at least 4 months of 100% federal dollars with no local match required. It also opens up the door to new services off-island referrals, purchasing durable medical equipment, prosthetics, Medicare co-pay, DOH community health centers, etc.

King Young, who was heading back to the territory, yesterday, Thursday, May 23rd, after testifying in Washington DC during a full Committee on Natural Resources hearing, with other Medicaid Directors, from each of the Territories, about Medicaid issues in the Territories, said a plan is needed to take full advantage of this opportunity (100%FMAP) and she is currently talking with CMS to make sure it happens.

She further noted that she’s very excited about this opportunity, as they have worked so hard on it, and have lobbied and prayed for it over the last 6 months.

Samoa News did ask her about the 1323 funds that are expiring December 2019 — how much would the amount be and what is the FMAP % that will be applied to it?

As to the amount, she says that CMS “will make the $16Mil available to us right away. The $16 million will be set aside as it was originally appropriated and how much we draw a month will depend on us and our utilization.”

1323 FUNDS CAN NOW BE ACCESSED WITHOUT PRIORITY RULE IN SPENDING

In a press release, Congresswoman Aumua Amata announced that “Centers for Medicare & Medicaid Services (CMS) Administrator Seema Verma has granted a request to allow American Samoa and the other Territories to spend the last amount of certain ACA money that is otherwise set to expire this coming December. Ordinarily, American Samoa would have to spend the normal annual block grant first before accessing this supplemental funding.”

She said, “Administrator Verma’s decision, announced in Thursday’s Congressional hearing, gives American Samoa some immediate relief for the Medicaid program in 2019. It allows the Territory to access Section 1323 funds ahead of the annual block grant. It does not apply to the larger Section 2005 funds that are still expiring after September.

“Thank you to CMS Administrator Seema Verma for this helpful decision which will provide some improvement yet this year,” said Congresswoman Amata.

King Young told Samoa News that under Priority Rules, “once the 2005 funds expire in September then we would have had to start using our 1108 funds because the new fiscal year Medicaid budget would be in effect and exhaust that first, before even the 1323 monies could be touched.”

She said, “that would never happen because we can’t exhaust $12 mil in one quarter and then the 1323 expires. We would lose the 1323 by Dec because of the priority rule.”

So as it stands right now, American Samoa can use its 1323 funds before the 1108 (block grant) for FY2020, In this way, the regular annual block grant of $12Mil can then be used beginning the second quarter of FY2020.

“That would be a great help while we work with Congress on a long term solution.” said King Young. In the meantime, the Territories are awaiting word of the FMAP% for the FY2020 1323 funds.