Juvenile Detention Center employee still getting paid while off island 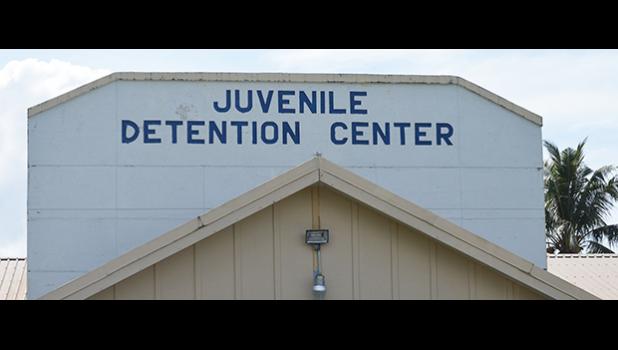 Officer in charge says “nothing illegal has happened in this office…”
By
Ausage Fausia
ausage@samoanews.com

Pago Pago, AMERICAN SAMOA — Allegations have surfaced regarding a senior employee at the Juvenile Detention Center (JDC), a division of the Department of Public Safety (DPS), who has been on medical leave since April of this year but still getting paid.

A source tell Samoa News that someone from the JDC continues to submit the senior employee’s time cards so she can get paid.

What makes the allegations more interesting is that the source says the senior female employee isn't the only one getting paid while off island. According to the source, other JDC employees — when off island for whatever reasons — also have their timecards submitted and they continue to get paid when they are not in the territory.

Samoa News was able to speak twice with Mrs. Lomi Aumua, currently in charge at the JDC. The first time was over the telephone and the second was during a one-on-one interview at the JDC main office in Tafuna yesterday morning.

Aumua confirmed to Samoa News during both interviews that the female senior employee has been receiving a paycheck since she left the territory on medical leave, which was earlier this year in April.

“Nothing illegal has happened in this office ever since I took over the role of officer in-charged,” these were Aumua's words during the telephone interview with Samoa News.

“Everything was done and approved by our DC (Deputy Commissioner). Our DC has to deal with the Administration regarding this issue.”  When Samoa News asked Aumua which DC she was referring to, she refused to respond.

Aumua told Samoa News that all the paychecks the female senior employee has received since April when she travelled off island are from her overtime hours that DPS did not pay her although she earned it.

“I already spoke to my staff about this issue and I told them that what I did was not illegal; what I did is right,” Aumua told Samoa News.

She said she doesn’t know why people are trying to dig up these types of things when there are many good issues they should focus on.

Samoa News was then also able to interview Aumua at the JDC main office yesterday morning, in the presence of a female employee.

“The time card is a sign to prove that the employee was working, and the salary for each employee is based on how many hours they worked during the pay period. For our senior employee who is off island, her time card would automatically show that she worked for 80 hours during each pay period,” Aumua told Samoa News.

“It’s fair to say that once the employee’s time cards is signed and turned over to the DPS payroll division, then that is proof that the employee was working?” Samoa News asked Aumua. Her response was, “Yes.”

“So how about this specific senior employee? Is it fair to say that you signed her time cards and turned it over to the DPS payroll division knowing that she did not earn those hours because she is currently off island?” Samoa News asked Aumua.

She answered, “Well, I don’t want to say anything to contradict the way our DPS payroll division is conducting their work; but I do know that there is a difference in all of our staff's time cards and our senior employees' time card. Her medical certificate is attached to her time card every time I submit it, to confirm that she’s on medical leave.”

Aumua seemed to have contradicted herself later during the interview when she said she was put in charge of the JDC since the female senior employee left the island in April of this year and since then, she has never signed any time cards for the JDC staff.

A paycheck stub for one of the JDC staff members who was off island and still got paid too — after her time card was submitted to the DPS payroll division — was obtained by Samoa News.

When asked about this second employee, Aumua confirmed that this individual also received a paycheck while she was off island.