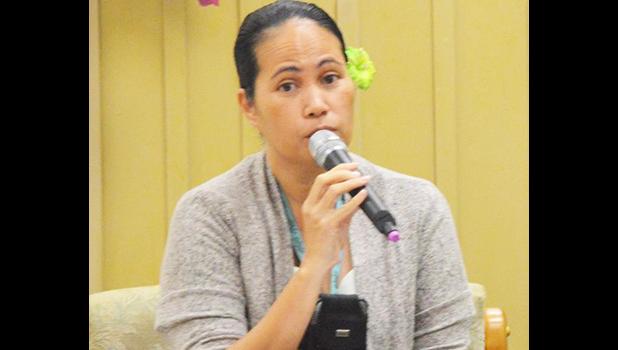 It was during Thursday’s House Session that Governor Lemanu Peleti Mauga’s choice for Director of Public Works was rejected by the faipule after Voigt appeared before the House Public Works committee for her confirmation hearing. Voigt needed 11 votes to pass confirmation but it was during the secret ballot that she only received 9- yes while 7 faipule voted against her.

After Voigt was rejected, Rep. Faimealelei Anthony Fu’e Allen moved for reconsideration and the motion was approved by a majority show of hands. Faimealelei told faipule that Voigt is a daughter of Speaker and Elder Deacon Savali Talavou Ale and out of respect for their relationship with the speaker, it’s his opinion they should review her nomination.

Before last Friday’s session, House members met in the conference room with Speaker Savali. Samoa News understands that the main issue discussed during the meeting was the issue regarding a reconsideration vote for Voigt. There was no further discussion before faipule cast their votes by secret ballot where Voigt was unanimous approved by a vote of 16-0.

Samoa News notes it was during a discussion in the House of Representatives last week about removing the provision for a reconsideration vote from House Rules that Speaker of the House, Savali Talavou Ale advised members of the House Rules Committee that the committee should review the rules and report their recommendations to the House for discussion and vote.