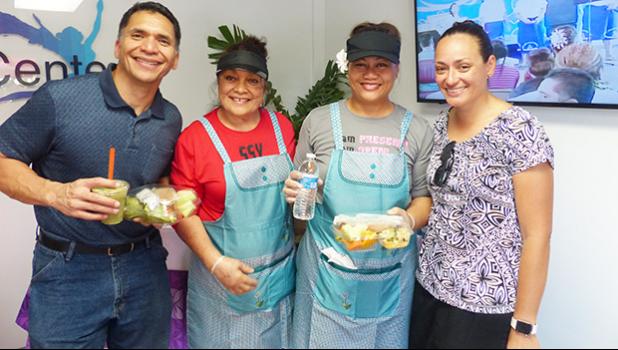 The clinic, with a price tag of $800K, is fully staffed by a nephrologist, Dr Jean Letarte; a dietitian; administrator; nurses; technicians; and orderlies.

HDC will begin dialyzing patients this week as well as conducting exams and blood work. The clinic has 12 chairs that will serve 48 patients with two shifts per day. If there is a need for a third shift, HDC will expand its capacity to 72 patients.

A team from the Center for Medicaid Services (CMS) is expected to arrive on island September 30th for the initial inspection. Dr. Letarte has passed 27 yearly CMS inspections and he is confident HDC will pass with no issues. Patients are encouraged to call the clinic to set up appointments to see Dr. Letarte, who is a board certified nephrologist.

Dr Letarte has been issued a license to practice medicine by the American Samoa Government. According to the Hope Facebook page, he was born in Quebec and attended medical school at Université Laval. His specialty training was at the Royal Victoria Hospital, McGill University, Montreal. He did research for 1 year Hôspital Necker, Paris. He worked in different countries until he opened his own dialysis center in Arizona.