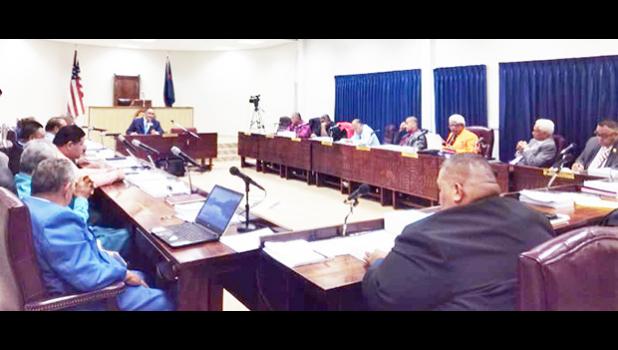 Six more director-nominees submitted by Gov. Lemanu Peleti Palepoi Sialega Mauga to the Fono was introduced late last Wednesday in the Senate and assigned to the appropriate committee for confirmation hearings this week and into early next week. The same nominees are expected to be introduced in the House in the coming days.

The governor submitted his nominations to the Fono in individual cover letters, which include resumes of each nominee.

• Muavaefa’atasi John Suisala as director of Human and Social Service Department (DHSS). “In his 40 year professional career, Director Suisala has held a variety of leadership positions in public and private sectors,” the governor said, noting that most recently, the nominee has served as DHSS director for two years and as the deputy director for nine years. Samoa News notes that a Senate confirmation hearing is not scheduled for Muavaefa’atasi until he returns to the territory from off island. Based on information revealed during the Senate session on Wednesday, Muavaefa’atasi is expected to be on the Feb. 1st repatriation flight from Honolulu.

• Afalava Eliki Afalava as director of the Department of Administrative Services. Lemanu said Afalava has most recently served as deputy director of the department, where he worked since 2009. Samoa News notes that in the last months of the Lolo Administration, Afalava served as acting director.

• Petti Tagipo Matila as director of the Commerce Department. According to the governor, Matila holds a Master of Public Administration and Policy and has years of government service with the American Samoa Government and the US Interior Department. Most recently, she has been the Special Assistant to the DOC director during the Lolo Administration.

• Solialealofiotagaloa Iosua Tasi Mutini as director of the Agriculture Department. Lemanu said the nominee has years of leadership experience in the military and agriculture. Additionally, he holds a bachelor degree in Agriculture Chemistry.

• Taotasi Archie Soliai as director of Marine and Wildlife Resources. The governor said the nominee has faithfully served the territory for many years. The nominee’s resume shows that he served in managerial positions at StarKist Samoa between 2015 up to last year, when he resigned. He was a member of the House of Representatives for Ituau District from 2007 to 2014. He is the current chair of the Western Pacific Regional Fishery Management Council.