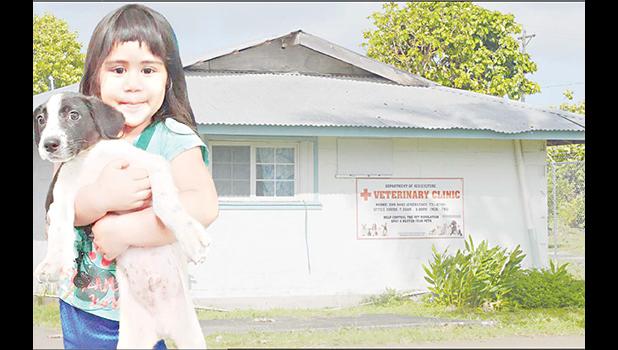 Pago Pago, AMERICAN SAMOA — As of Tuesday this week, the Veterinary Clinic has been transferred from the Agriculture Department to the Health Department, according to Gov. Lemanu Peleti Palepoi Sialega Mauga’s memorandum dated Mar. 16th.

“Effective immediately,” the governor said the clinic, including personnel and assets assigned to the Veterinary Clinic, is transferred to DoH.

According to the governor, the DoA and DoH directors shall cooperate with each other as well as the ASG Treasurer and directors of Human Resources and Budget Office and the Office of Property Management to ensure a smooth transition and transfer of responsibilities between the departments.

The governor said that nothing in his memo changes the authority or duties of DoA pursuant to provisions of local law or regulations — the American Samoa Administrative Code.

No explanation was provided by the governor for the reason behind the transfer of the clinic but there have been discussions calling for the transfer since early last year, as public concerns and complaints surfaced regarding the lack of medications and other issues at the clinic.

It was also suggested last year to former Gov. Lolo Matalasi Moliga to transfer the clinic to DoH.

In early September 2020, Dr. Kathleen Riley, a veterinarian currently licensed in three US states, and a volunteer at the local Agriculture Department’s veterinary clinic in January 2020 through an arrangement between the non-profit organization Alofa Mo Meaola, informed Lolo that the veterinary clinic is in crisis.

Dr. Riley offered several recommendations, which she says could be implemented immediately, in addition to moving to hire a US licensed veterinarian as soon as possible. The first recommendation calls for veterinary clinic and its current staff to be moved to the Health Department, which Dr. Riley said would be more appropriate, as the clinic only treats companion animals, not agricultural livestock.

Towards the end of September, things had gotten worse, as House members held hearings following a report by a staffer at the clinic and passed on to several lawmakers noted that, faced with the lack of medication, the Veterinary Clinic turned away more than 100 people, who sought — among other things — vaccinations and surgeries for pets.

It’s unknown at this point if transfer of of clinic personnel includes the veterinarian from Samoa that is currently on contract with the DoA, as a livestock vet. During a recent DoA hearing, his contract was noted as up for renewal, and that his local vet license had expired. He has been the focus of many community complaints due to his not being U.S. licensed and allegedly not trained to treat companion animals.