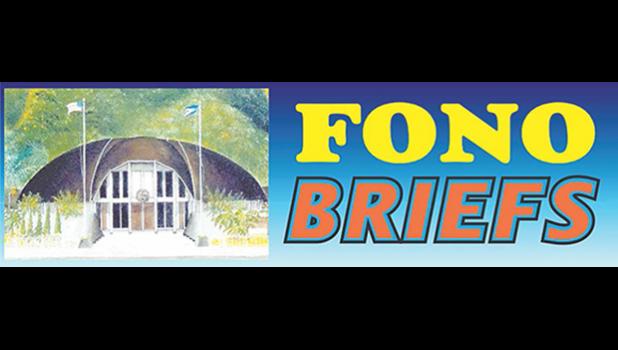 Pago Pago, AMERICAN SAMOA — The Governor’s nomination of Mitzie Jessop-Taase for Attorney General of American Samoa was approved by the Senate last week by a unanimous vote of 16-0.

The House was scheduled to hold a confirmation hearing for Jessop-Taase last Friday, however it has been rescheduled to this week. If approved she will become American Samoa’s first female Attorney General.

During the last Fono session the Senate also voted unanimously to confirm Jessop-Taase who served as legal counsel to the Senate for many years. However the House turned her down twice in March of this year and this prompted the reintroduction of her nomination in the new Fono session.

The House last Friday approved by unanimous vote the governor’s nomination of Afalava Eliki Afalava as director of the Department of Administrative Services. The vote was 14-0.

The House’s vote to approve Afalava came after a hearing was conducted by the House Government Operation Committee. During the hearing, representatives congratulated Afalava for his service to the government.

Afalava is scheduled to appear before the Senate for his confirmation hearing later this week.

The long-time deputy director of the Admin Services department was appointed Acting Director of the department in April of this year, following the resignation of Malaepule Lua Moliga, who had headed the Department since 2017.

In his letter to Fono leaders, Governor Lolo Matalasi Moliga stated that Afalava has the experience and leadership capabilities necessary to serve in this position. Prior to his tenure at ASG, he worked for 32 years at San Diego Gas & Electric (SDG&E). His career at SDG&E was distinguished and he was often promoted into leadership roles.

ROAD AND SEAWALLS FOR THREE VILLAGES

The House of Representatives passed last Friday three resolutions with unanimous votes of 14-0 to design and construct roads for Afono and Pago Pago village, and a seawall to protect the village of Leone.

The pathway leading to the village of Afono is one of the steepest roads in the territory. It services residents of Afono and Vatia and is the only access for those traveling to and from the village. For years, the road has been plagued with damage from erosion and the frequent use by the hundreds of residents who travel the road daily.

During the heavy rains, the force of runoff erodes road material and creates large potholes. Because of the lack of proper drainage, the road acts as a pathway for water to flow directly into Afono village.

The steepness of the road presents an additional danger to motorists who are forced to drive around the large potholes. The Afono road was dug out of the mountain decades ago. Oftentimes, debris and large boulders fall onto the road, particularly during heavy rains.

The safety and lives of residents of the village is at great risk and this project should commence immediately.

This resolution was introduced by Rep. Loia Gutu

For years, the government has struggled to find a solution to the constant erosion of the road in Pago Pago village. This road begins at the intersection where the Spencer’s Building sits and leads to the pass before descending to Fagasa village.

Despite the many efforts to repair and repave the road, strong runoff from rains erode it and the only feasible repair that is done is to patch the road with cement for fill.

The current condition of the road is deplorable and unsafe for drivers.

This particular road is frequently used as it is the only road to the most populated part of Pago Pago and serves as the only way to and from Fagasa. Residents complain that the runoff from the road causes major flooding to those who live at the lower part of Pago Pago village and this is caused by poorly planned drainage system.

The safety and lives of residents of the village are at great risk and this project should commence immediately.

As one of the low-lying areas on the Southwest coast of American Samoa, Leone village has been subjected to constant exposure to ocean, tides, harsh winds, heavy rains, and hurricanes. Over the years, such natural forces have caused substantial shoreline erosion and deterioration.

In the aftermath of the Tsunami of 2009, the already deteriorated shoreline along Leone village was destroyed. Despite the need to mitigate further damage and erosion, little attention has been given to protecting the residents of Leone and those homes situated along the ocean.

Leone is a heavily populated village and the shoreline beginning at the Tuitele guest house to the Leone bridge is surrounded by churches, stores, the Healing Garden monument and homes that are continuously threatened by the rising sea level and erosion.

A proper design and construction of a seawall, with build-out, starting at a point from the Tuitele guest house directly across from the Leone Congregational Christian Church of American Samoa (CCCAS), and extending west towards the Leone bridge, is imperative for the protection and safety of the residents in this areas.

Between the villages of Leone and Amaluia, there is a stretch of road, with a steep incline and sharp winding turns, that has seen both considerable erosion of the shoreline and constant landslides along the mountainside.

The erosion of the shoreline also needs attention as it inches dangerously close to the road’s edge. There is a major concern that the erosion will someday collapse the ground on which the road runs, cutting off the entire westside from the rest of the island.

All potential sources for funding of this project should be explored to provide relief and mitigate further damage to the Leone shoreline, including sources like the Capital Improvement Fund (CIP) from the Department of the Interior (DOI), FEMA, and the U.S Army Corps of Engineers as critical damage mitigation.