Fate of longline dock project still up in the air 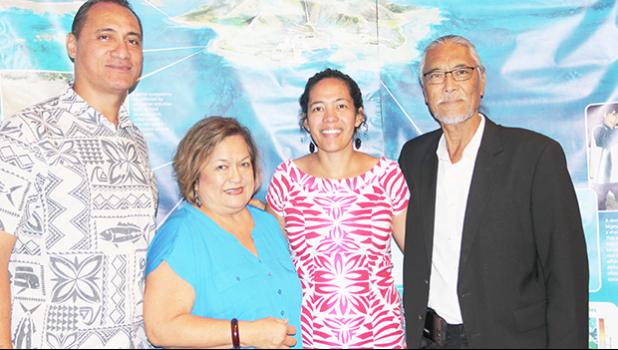 An advisory panel, along with US longline vessel owners are concerned that a new dock for longliners at the Pago Pago Harbor is not among the projects listed in the Department of Port Administration’s capital improvement projects, according to a report by Western Pacific Regional Fishery Management Council staff.

The report was submitted during last week’s three-day meeting in Honolulu of the Council, which agreed some two years ago to assist ASG with a project to construct a dedicated longline dock extension at the Malaloa Marina. This was the Council’s response to the lack of dock space at the Pago Pago Harbor.

According to the staff report, the Council provided $184,000 to Port Administration as part of an agreement with Port for the longline dock extension project. The funds were to be used for the design phase of the project, and the government would then identify the funding source to be utilized for the physical construction of the dock.

The report notes that Port Administration had indicated that federal Capital Improvement Project (CIP) funds would be the target source of money for the construction of the dock.

Additionally, the Council’s American Samoa Advisory Panel had recommended that the local government make the longline dock project a priority and have it included in its most recent CIP projects list.

“This project is one that not only provides a dock for the American Samoa longline fleet, it also alleviates the pressure” on both Port Administration and Department of Marine and Wildlife Resources “as they continually shuffle vessels to accommodate cruise liners, as well as fuel and container vessels,” the report says.

The longline dock is a priority project listed in the American Samoa Marine Conservation Plan (MCP), a document drafted by ASG.

However, the longline dock was not included in the initial list of projects to be funded under CIP.

Over $54 million was listed for Port Administration projects, and not having the longline dock project included in the list, is a “concern to vessel owners, and to the Council’s Advisory Panel,” says the report, which goes on to say that Port Administration’s contractor has informed ASG that additional funding is necessary to conduct a geotechnical study of the seafloor where the longline dock extension will be placed.

Council staff met with Port Administration staff earlier this year in April, and the “project has stalled as the additional amount required by the current contractor is not able to be provided through ASG funds,” the report revealed.

So far, options are being discussed to move the project forward, and members of the Advisory Panel are offering assistance in exploring alternatives to complete the design phase of the contract.

At the official Advisory Panel Meeting last month, most members wanted assurances from ASG that the project would be seen to completion – even if it meant simply listing the project on the CIP project list, according to the staff report.

Port Administration engineer Sailimalo Natalia Palamo told Samoa News in May that the design of the project is currently on hold, pending additional funding.

Palamo explained that during the preliminary design stage of the project, the designers, BECA, identified that geotechnical investigations and a benthic survey of the proposed location would need to be carried out before the final design could be completed.

“This has been quoted as an additional cost of $183,500,” Palamo said and noted that Port Administration received $194,900 from the Council to complete the design of the new Malaloa Wharf — which includes the longline dock.