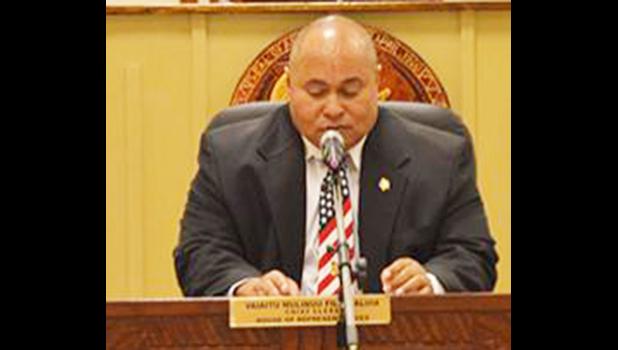 The vote was unanimous and followed a confirmation hearing in the House of Representatives.

Two weeks ago, Governor Lolo Moliga submitted to the Fono for confirmation, his nomination of Tuimavave Tauapa’i Laupola as Chief Procurement Officer.

Tuimavave, who was Director of the Office of Public Information/KVZK-TV, takes over as CPO after the resignation of Dr. Oreta Mapu Critchon to run for Congress.

Lolo said Tuimavave has established leadership ability through a distinguished career as an officer in the US Army.  After he retired from the military, he was the Program Manager for the National Emergency Grant from the US Department of Labor, managing a budget of $25 million to assist workers who were displaced after the 2009 tsunami.

Upon inauguration of the Lolo Lemanu administration he was the Governor’s Special Projects and CIP administrator, before he was named Director of the Office of Public Information/KVZK-TV.

The governor has confidence that Tuimavave will provide critically needed leadership at the Procurement Office.

The Senate has yet to hold a confirmation for Tuimavave.