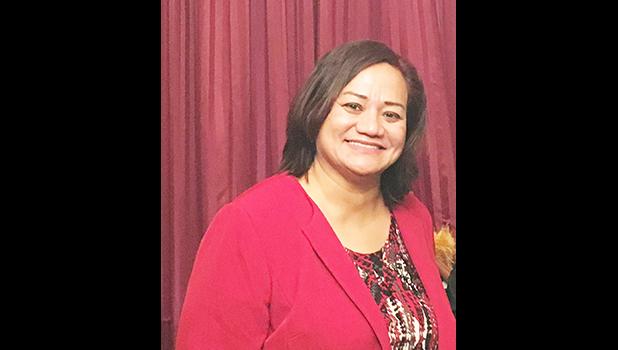 Pago Pago, AMERICAN SAMOA — The successful submission and awarding of nearly $395,000 from the federal Bipartisan Infrastructure Law (BIL) to the local Education Department (AS-DOE) to purchase an electric school bus, is a “group effort” of the ASG’s BIL working-group, which meets on a weekly basis, says Office of Disaster Assistance and Petroleum Management (ODAPM) director Lisa Tuato’o, who also heads the working group.

Late last month the U.S. Environmental Protection Agency (USEPA) announced the funds awarded to ASDOE, saying that 100% of the funding will be used to purchase a zero-emission electric bus and charging infrastructure. (See Samoa News edition Oct.28, 2022 for details.)

Tuato’o — who recently returned to the territory following meetings in the U.S — told Samoa News that this funding was “a group effort project application of our BIL group and I feel our BIL members should be acknowledged.”

“It was a team effort by our BIL team but the application was put together” by the American Samoa Power Authority, American Samoa Environmental Protection Agency (AS-EPA), and AS-DOE, she pointed out.

“The weekly meetings of the BIL coordination working group encourages collaboration with members to be mindful of the deadlines and utilizes subject matter expertise to ensure application formulation and submissions are in compliance with grant guidelines,” Tuato’o told Samoa News yesterday.

“I believe more brains are better than one or a few and highly recommend team effort in our BIL applications because what one department needs can be provided by another,” she said.

“We work together, we win together for the overall good and benefit of the people of our Territory,” the ODAPM director declared, as the ASG BIL working group continues at their task in ensuring that the territory receives it share of the billions of dollars under the BIL law.