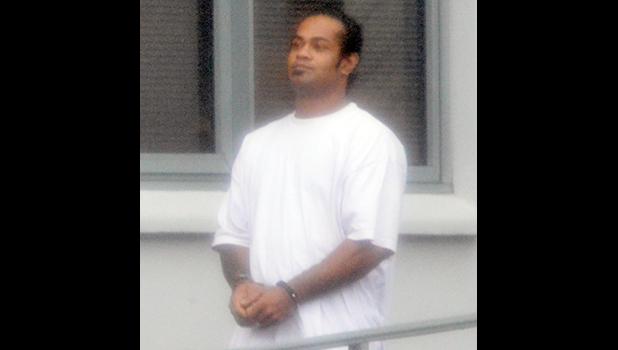 Pago Pago, AMERICAN SAMOA — An inmate who escaped from the Territorial Correctional Facility (TCF) yesterday morning is now back in custody after police apprehended him at his home.

A DPS senior official confirmed to Samoa News yesterday afternoon that Eddieboy Vaavale allegedly escaped from confinement by climbing over the high cement wall at the back of the TCF around 9a.m yesterday morning.

All divisions of the DPS were immediately informed about the escape and armed detectives along with several police officers were involved in the search for Vaavale.

Police visited the inmate’s residence and discovered him at his home. He was then apprehended and transported back to the TCF. Vaavale told police that he went to visit his father.

In July of last year, Vaavale, along with two other men was arrested when armed detectives executed a search warrant at the Siaumau residence in Peseta. Vaavale was charged with unlawful possession of methamphetamine and unlawful possession of methamphetamine with the intent to distribute. His case was bound over to the High Court after the District Court found probable cause during a preliminary hearing.

However, four months later in November of last year, the government filed a motion in court to dismiss this case against Vaavale, and it was granted by the court.