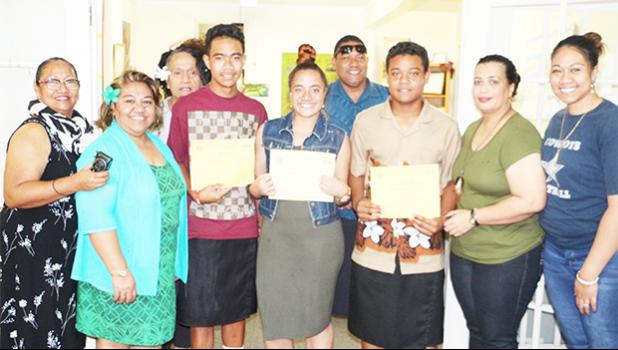 PARENTS URGING SCHOOL OFFICIALS TO ADDRESS THE ISSUE OF BULLYING —

The new school year begins later this month and teachers are taking part in workshops and training sessions aimed at helping them address several critical issues that may arise while school is in session.

One of the increasing problems in schools across the nation is bullying. Whether it is physical, mental, emotional, or even via the internet, bullying is becoming much more of an issue than it was a decade ago.

Parents who spoke to Samoa News over the weekend are concerned about the safety of their kids while they are in school. One parent indicated that her child has become depressed, un-focused, and even contemplated suicide because of the way she is treated by others at school.

Just last week, the Associated Press reported that the family of a 12-year-old girl is suing the school district because the young girl committed suicide, after being cyber-bullied by school mates for an extended period of time.

The girl's parents said the matter was reported to school officials but nothing was ever done to address it.

A handful of parents with children — some as young as 9 years old — told Samoa News last week that they fear for their kids' well-being and safety, and this something that needs to be addressed, before it's too late.

They are urging DOE Director Dr. Ruth Matagi-Tofiga and officials from the private schools to implement into their workshops, a segment on bullying so teachers and educators are aware of what it is, how to recognize it, and the proper steps needed to handle it.

The annual Summer Youth Employment Program (SYEP) officially closed last Friday and the 800 hard working participants were honored with farewell luncheons, congratulatory messages, and for some, monetary gifts from their employers.

Even certificates were presented to the future members of American Samoa's workforce.

For some, the summer experience is a step towards fulfilling goals set for their chosen career paths. For others, the SYEP has been a dream come true, as they have been recommended for permanent positions within the government.

Those who will be approved to work for the American Samoa Government will be employed under a program administered by the Department of Human Resources, which also oversees the annual SYEP.

There has been no confirmation yet, if any employers from the private sector were impressed enough with the performance by the SYEP participants to hire them permanently.

According to DHR officials, the program ended on a high note, with no serious problems except for some minor misunderstandings amongst some of the youngest participants (the 14-15 age group).

Samoa News said goodbye to our four interns last Friday. They, along with the hundreds of others who successfully completed this year's SYEP, were part of a huge barbecue bash that was held at the Suigaula ole Atuvasa Beach Park in Utulei.

This year, the SYEP employed the highest number of workers since the program was launched - 800 workers disbursed to over 60 worksites within the government and the private sector in both Tutuila and the Manu'a island group.

According to the fiscal year 2017 budget, a total of $250,000 is allocated for the Summer Youth Employment Program, under the Special Programs budget category which is administered by the Governor’s Office.