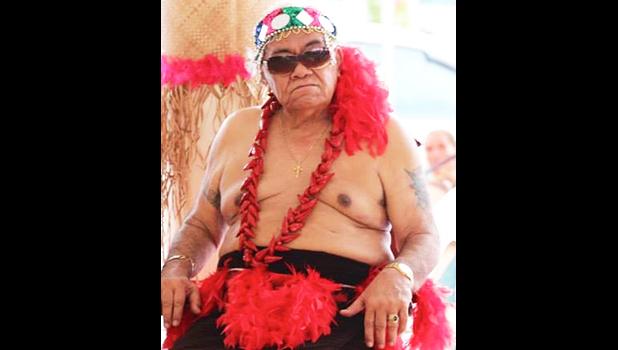 Pago Pago, AMERICAN SAMOA — A man described by many as an outspoken leader with heart of gold has passed away.

Aumoeualogo Te'o J. Fuavai took his last breath this past Wednesday evening in Seattle, WA surrounded by his children and family members.

When contacted for comments yesterday, Monsignor Viane Etuale described Aumoeualogo as a "go-getter."

"He was a convert to the church and the way he worked and put his faith to work, was reflected in the diocese as well as Alao Parish where he also held the chairmanship position for many years."

Monsignor Viane continued, "Aumoeualogo never failed to answer calls for help from any priest, catechist, or deacon. He always came through. Just as he was a stern leader in government, the same applied to his position in the diocese; however, the one thing he always respected was the church and its leaders."

He concluded, "All the way to the end, Aumoeualogo was faithful. Things could get rough but he always put them in perspective and found a way to smooth them over. From fundraisers to other church functions - you name it — he was in the midst of it. He had a big hand in developing the Diocese."

Samoa News extends its condolences to the Aumoeualogo family for their loss. American Samoa has truly lost a great man.