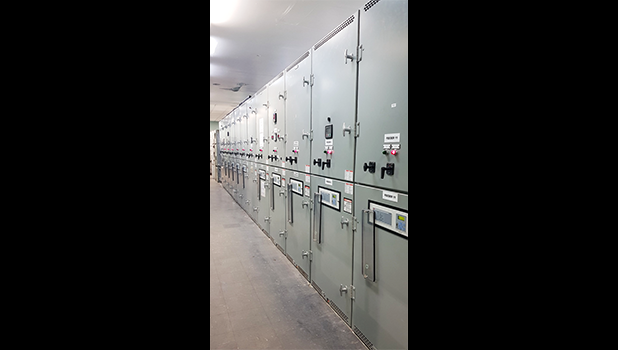 Pago Pago, AMERICAN SAMOA — Over the Labor Day weekend, ASPA technicians replaced obsolete electrical switchgear inside its Tafuna power plant. The replacement switchgear is valued at $1.5million and installation and commissioning was done in house.  This is a major accomplishment as the old switchgear was installed in 1972 when the power plant was built.  The new switchgear comprise 12 high voltage vacuum circuit breakers plus associated protection and metering equipment. Switchgears are an integral part of a power plant and this upgrade was well over due.

Improvements and upgrades continue at the Tafuna Power Plant.

In 2018, the Tafuna Power Plant building underwent major structural upgrades to harden the facility against cyclone winds up to Category-5 levels.  Improvements also included noise attenuation, ventilation and LED lighting.  The building upgrade was funded by a FEMA grant in the amount of $1.7 million

In 2019, ASPA replaced its remaining Deutz gen-sets which had served the Territory for over 24 years.  Three new Cummins gen-sets were commissioned in July 2020; these units were selected based on their high speed response characteristics - necessary for operation with intermittent renewable energy sources.

Two new GE gen-sets were also purchased and are now undergoing installation by ASPA technicians.  The new gen-sets will improve the security of supply for the western half of Tutuila; both units are expected to be commissioned in December 2020.

All five new gen-sets were purchased with local funds and these units are expected to support Tutuila’s power needs for the next 20 years.

ASPA sincerely thanks the public for their patience and support.